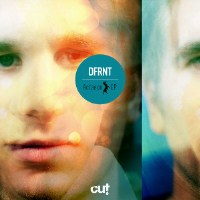 Continuing on with their bevy of strong releases, Cut Music debuts their tenth compilation album. This time it’s from Scottish producer DFRNT. Known for his minimalistic style, the artist has created a record that includes 3 originals and 2 remixes.

Actaeon EP comes with a collection of 5 tracks that resonate with cryptic drum and bass that ebbs and flows beautifully. Coupled with the occasional vocal sample and ethnic instrumentation, the record is a moody compilation that crosses boundaries.

This is the second EP released by Cut music for 2012 and so far it’s showcasing a rather different approach compared to their previous compilations. Although it’s slower and more minimal, the rich sound is nevertheless still apparent.

Opening with the intricate Dark Spaces, this 4-minute track is perhaps the darkest one in the record. It features a range of sounds, with clear dub style bass and the occasional complementary vocals. Meanwhile, Everything, combines a more easygoing atmosphere that brings in a hint of sunshine to the album. One of those cuts that’s perfect for relaxing on a lazy day.

The remixes included are Smoothiesforme – Will This Ever End and Seba – Painted Sky. The former is airy and slightly upbeat while the latter features a more tribal, world music touch yet still exudes that trademark DFRNT minimal bass and rhythm.

In the end, Cut music doesn’t disappoint with this one. It slightly veers off a different direction compared to their previous releases but it still has that characteristic feel that makes it worth checking out. Pretty good record if you want something cool and without much fuss. Take a listen.