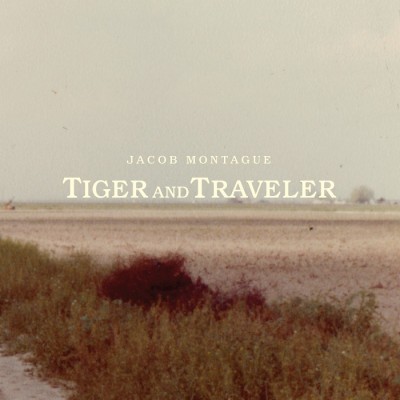 Back with a brand new record that resonates with warm and rich instruments; banjo-wielding bearded guru, Jacob Montague proves that he’s ready to entertain and mesmerize listeners again.

Jacob is actually no stranger to the Frostclick blog. His previous records, Fly On and On a Tightrope to the Sun have been featured here before.

Tiger and Traveler consists of three parts in its 11-track entirety and is based on a short story written by the artist with her sister. Every single track is beautiful, conjuring up thoughts of relaxation and comfort. It’s a fitting soundtrack for quiet getaways in some far away location.

The first 6 tracks make up the first part of the record. According to the liner, this serves as the “heart of the album.” The tracks were recorded in a 2 year span and are more organic in feel compared to the previous records. Traveler and Side of the Highway are two tracks worth checking out in the first part.

Part 2 includes tracks number 7 and 8 (The Unheard Parade & Observation Wheel😉 the former is a great blend of banjo strings and slightly upbeat melody while the latter focuses more on expert guitar plucking with pianos on occasion.

The third part of the record consists of three cuts serving as score to a short movie called, “Moriah.” Infused with somber pianos and coupled with dreary and dramatic bits; the track makes a great soundtrack for living in a dream world.

Montague’s sound has evolved throughout his releases but at the core of it all is a talented instrumentalist and banjo player that can create emotional and heartfelt cuts worthy of a listen. If you’re a fan of the singer’s previous works, there’s no reason you won’t like this one as well.