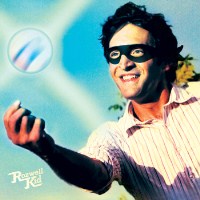 Rozwell Kid is the brainchild of Jordan Hudkins, a drummer from the band The Demon Beat. For this LP, he took a break from his drumming and tried out his hand at creating alternative electro noise pop. Listening to it now, it seems he’s stumbled onto something here.

This is his first foray into the solo route and it’s proving a success. The Rozwell Kid LP comes with 10 tracks and one bonus single. According to the artist, his goal for the album was “to create the kind of music I love listening to, release it into the wild, and hope it finds an audience who can relate to my passion for thick, noisy power-pop.”

Noisy power pop is definitely what the album is all about. It comes with upbeat tempos, catchy hooks and just feel-good lyrics that remind you of epic pop rockers, Weezer, in places. Opening the record is Rocket, a single that introduces listeners to Rozwell Kid’s brand of pop rock. The song is enjoyable with slightly chanty vocals. It’s followed by Dylan, Don’t Do It, which is more upbeat and hints at a 90s sound. The song is quite catchy and features gritty guitars alongside melodic vocals.

A few other tracks worth noting include the ’93 Connie and Ronnie; thanks to its slight electro infused sound, the song provides enough interest without really overwhelming the listener. There’s also born 2 drum, which actually reminds me of The Strokes more than anybody else. The hipster sound and the steady beat fits the song quite properly as it seems to be an ode to Hudkins destiny for drumming.

In the end, you get a really good, easy listening noise rock record.  The album was basically done to showcase Jordan’s love for music other than what his regular band plays, and so far it’s doing a good job at impressing listeners. He definitely has a future if ever he decides to take this route full time. Take a listen.