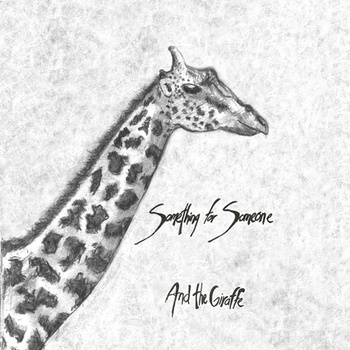 And the Giraffe: Something for Someone

Here is yet another outstanding album from Nick Roberts and Josh Morris better known as And the Giraffe. With a Sold Out CD Package, the duo’s latest offering Something for Someone features six tracks that puts dream folk music on a pedestal.

Hailing from Gainesville, Florida, the band started when the best friends/musical duo met during an orientation meeting for the University in Gainesville and decided to jam together. After few local shows, Josh moved to Nashville and collaborated with Nick via the Internet. When Josh returned during the summer of 2011, the two were already determined to record their first EP. Currently, they are planning a tour within the year.

Underground Love welcomes the ears with oozes of ambient, hypnotic charm. Close your eyes as this track’s laid back vibe paint vivid soundscapes.

Slowly building up like waves in the ocean, 1055 follows up with a long intro of hazy electric guitar strums. A stripped-down earthly delivery adds an indie flair to this sonic goldmine.

In Welshrats, the duo teases our ears with saccharine acoustic strings. Ghostly vocals casts a nostalgic feel to the whole track.

Ambient and playful as it comes, Magic 8 is the ideal backdrop for a cold night. Cuddle up with a loved one and devour in this pristine song.

Still seals the album with a light kiss of subtle drum beats and hazy tunes. This slow and soothing serenade will surely transport you to blissful dreams.

One thing that makes Something for Someone great is that it takes much artistic freedom from its instrumentation. And the Giraffe has created an album that features tracks with the same ambient stroke, the kind of music that offers listeners a sweet escape, even for a little while.