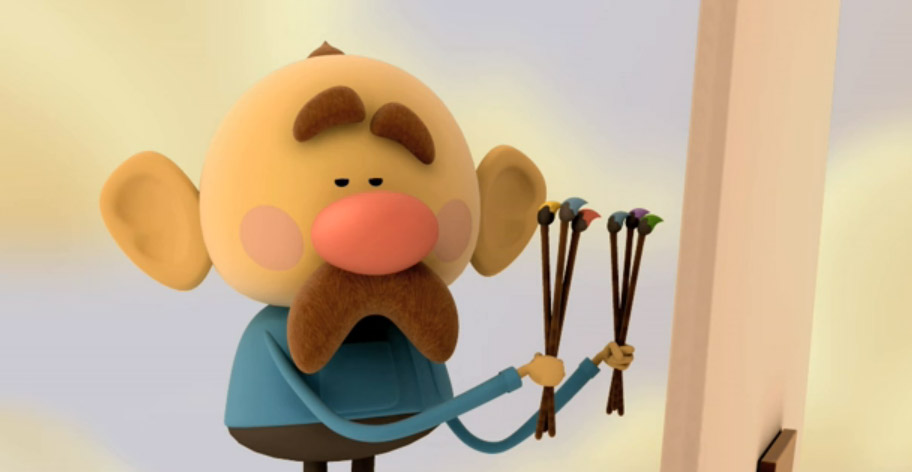 Everyone has been a little competitive at one point or another. Luckily, a short animation film called The Artists (by Giant Animation Studios) is a prime example of that. Two passionate artists go vigorously head to head in order to one up each other’s painting abilities, ultimately leading to a wonderful yet amusing surprise.

The Artists from Giant Animation Studios on Vimeo.

Throughout the film, audiences are able to grasp how important it is for these artists to have the best painting. Battling it out, one always keeps a watchful eye on the other, prompting him to get more paints and bigger canvases. Eventually, this war accelerates into a full on masterpiece of paint flying in every single direction. However, the artists realize that by fighting to have the better work, they have created an outstanding painting together. They begin to laugh, only to notice that their creation falls over and is destroyed.

Using simple music to illustrate the struggles of the attempts to be triumphant, the soundtrack gleefully carries the two characters along, making it hard for the viewer to not crack a smile. With a priceless ending of victory and anguish, seeing the “bigger picture” becomes highly evident.