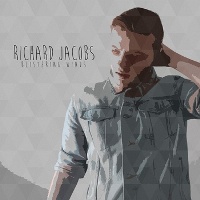 This splendid singer-songwriter from UK delivers us five songs that cements his role as a dreamer, a singer, and poet who can remain true to himself and reveal new things at the same time.

Blistering Winds starts off with drums beats followed smoothly by a guitar solo. Imagine wind breathing in your air while listening to this song. This song is about fighting for someone you love until the end.

Just like the previous track, This Song is also accompanied by drumbeats but has a more upbeat vibe. The ad-lib at the beginning adds an ethereal flair to this sonic piece.

Like Home’s melody style is delicate. This song is ruled by soft plucking of acoustic strings rather than condensed drum slashes and electric guitar.

Escalating and engaging, Where Are You Now begins softly and intensifies while approaching the end. The penetrating emotion of the singer as he looks for the one she love is felt toward the end by the barrage of pummeling rhythms of drum beats.

If nothing else, Blistering Winds EP is a guitar enthusiast’s dream project, and it sounds like it was a joy to make, too.