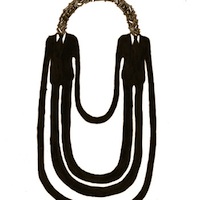 Indian Hill churns some good acoustic rock blues in their new self-titled release. Formed in the early 2000, Indian Hill is Kenneth Lee Ray and Novica Bozunovich. This album is a collection of some of the songs that the two composed whenever there’s a guitar around.

First stop is title track Indian Hill. With the absence of lyrics, the band presents a bare canvass of what they have to offer—a flawless mixture of atmospheric folk and rhythmic guitar strings.

Boasting rock and blues roots is Valentine. Feet-thumping beats and lively instrumentation will surely escalate the listener’s energy level. Loom follows with a slower, yet still catchy tempo. The male vocals that tumbles and swims smoothly through the melodies is a perfect fit for the track’s country vibe.

Transporting you to street art and harmonic music, Lights in France sets the right mood for a late night dinner. While Wine & Cigarettes reveal Indian Hill’s atmospheric, folk side with intricate plucking and layered, echoing vocals.

Exemplifying talent and a loyalty to a distinct sound, Indian Hill‘s new release will not disappoint those looking for some soothing folk and blues melodies.