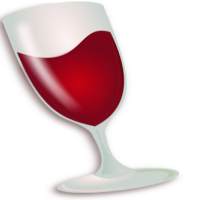 Wine, which originally stood for “Wine Is Not an Emulator”, is a compatibility program that will let you run Windows applications on operating systems like the Mac, Linux and BSD among others. If you use any of those operating systems and want or need to run Windows for some reason, you will want to use this software developed by Alexandre Julliard.

Although Wine is considered an emulator for Windows, strictly speaking it is not. Rather than simulate Windows’ internal logic like a regular emulator or virtual machine, Wine translates the Windows API calls into POSIX calls right there. Because of this, Wine does away with the memory and performance penalties that you would otherwise get with the other methods.

What all this means is that once Wine is installed, Windows applications will be integrated seamlessly. Wine has been around for a long time. In fact it was developed so that Linux users could run Windows 3.1 applications. Since that time, Wine has undergone changes and has been continuously updated. The Windows API and applications have changed, and so has Wine so it is able to adapt to these modifications.

If you have used emulators before, bear in mind that Wine is not an emulator but a compatibility layer. This means it doesn’t do any type of CPU emulation so your Windows programs are actually running in Linux since there’s no virtual machine involved. The software has a very strong and active community so that any problem or bug is quickly detected.