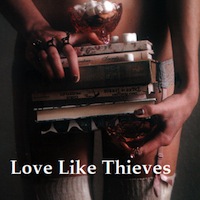 Love Like Thieves is a 16-track album by the band called Audience of Actors. The musical styles of this band are reflected in this album ranging from alternative, indie folk, and rock.

Melt That Way features distinctive gloomy vocals. It is actually romantic to hear this track as it melts your heart. The band’s alternative pop rock influences is greatly shown in this piece.

Gibson and a Cadillac is a more energetic piece than the previous tracks. Alternative rock tunes that are aggressive and multilayered add texture and variety.

Depressed, a bit drunk, and sad, title track Love Like Thieves signifies the entire the band’s sonic brand. The lyrics are straightforward with a blunt edge. Its vocals’ texture is consistently melancholic, but this perfectly fits the song.

Love Like Thieves boasts Audience of Actors‘ brimming talent. Distinctive and draws its energy from a basketful of emotions, this album should be a part of your playlist.

Track List:
1. Someone’s Side of Forever
2. Pass the Novocaine
3. Piss Thunder Bleed Lightning
4. Melt That Way
5. Gibson and a Cadillac
6. Only Good At Leaving
7. From The Gallows Home
8. Long Enough to Die Free
9. Midnight Train
10. Back of a Crown Vic
11. Stone Skipping
12. All The King’s Ghosts
13. Everytime for You
14. Any Storm For Your Port
15. Other Words for Free
16. Love Like Thieves