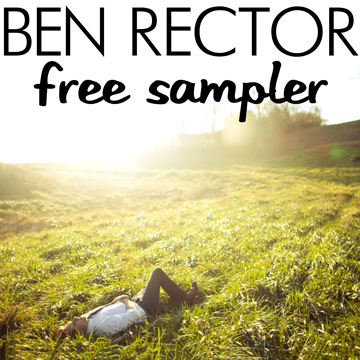 Sometimes, underrated is good. It gives the artist more leeway to showcase his talents and let the public judge him based on that alone.

Such is the case with the talented Ben Rector, who — I’ll shamefully admit — I didn’t know until a few moments ago. Upon browsing his bio and his discography, dude’s pretty much made, providing some of his compositions as soundtracks to hit TV series.

However, the bulk of the “eureka!” moment belongs to the elation of listening to his Noisetrade sampler, which collects chosen tracks from 2008’s Songs That Duke Wrote and 2010’s Into The Morning.

Parts Jason Mraz and The Fray with a whole lot of piano thrown in, Ben is one of the better musical products of the past decade. As soon as the neo-soul jam “The Beat” rolls in, everyone might as well grab their hairbrushes for one sing-along party.

We can’t help but be partial, though, to “The Feeling,” which exemplifies the pinnacle of feel-good, piano-driven pop.

Oh wait, the sampler is.