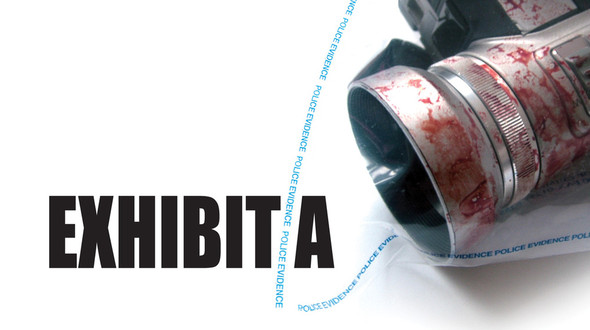 The camera never lies, and in Exhibit A, it tells more than just a story—it shows a slow burning nightmare of a family in the verge of financial shambles and how terrifying events unfold because of that.

The full feature 85-minute film follows the day-to-day lives of the King family through the eyes/video camera of daughter Judith (Brittany Ashworth). Witness as the family drama slowly unfolds starting from the father, Andy (Bradley Cole), who is nursing a dark secret that will lead to horrifying consequences for the whole family.

Stripped with horror effects and other Hollywood glitz, what makes this film terrifying is how it mirrors reality and makes the audience feel that what’s happening in the film could also happen to your neighbor, or worst, to your own family. The drama is raw and the acting are just superb. Bradley Cole’s acting as the head of the family who have gradually lost it is spine chilling.

The technique of the filmmaker is to not shock the audience at once, but to let the fear and horror sip on your skin little by little. You don’t know how scared you are until you realize it’s realness, and the you start shaking a few hours later.

Exhibit A proves that you don’t need big names or a hefty budget to produce a narrative that would have a deep-seated effect on the audience. By maximizing its clever storytelling and build up, the film has carefully showcased the horrors of reality onto the screen. It’s quite a dark and thrilling film that fans of this genre would surely want a peek.

The film was written and directed by Dom Rotheroe. It has garnered awards such as the winner of the Best UK Feature in the prestigious Raindance Film Festival (2007). It stars Bradley Cole (Andy King), Brittany Ashworth (Judith King), Angela Forrest (Sheila King), Oliver Lee (Joe King), and a lot more.