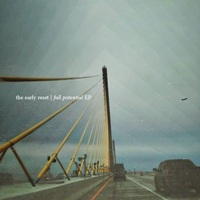 The Early Reset was created by singer/songwriter Steven Arthur four years ago, but went on a temporary hiatus after he moved to Hawaii. However, music does run through his veins as Steven decided to move to Nashville to pursue his music again. There, he scouted for members to revive The Early Reset. Full Potential is one of the two EPs that the band is preparing to release this coming months, proving that their gears are already in full blast. The Early Reset is Steven Arthur, Drew Johnson, Mike Coates, Rachel Arthur, Matthew Kutchers, and Andy Swanson.

Title track Full Potential opens the collection in a cacophony of ambient keys and spacey melodies that slowly turn into a steady pop rock tempo. The track has an entertaining sound to it, that translates to fans and non-pop rock fans alike. It has this universal energy that binds listeners to sway and nod their heads together.

In Ladders, simple but emotional lines peak our senses with steady beats and catchy rhythms. Press play and let this stellar pop rock anthem accompany you the whole day. While I’ll Be There is an acoustic rock piece that serenades the listeners with soft cooing lines delivered in clear, crisp notes. The acoustic intro transcends into a foot-stomping folk arrangement that closes the collection in charming lines that celebrate life and love.

Full Potential EP sets the foundation to The Early Reset‘s stage. With a few more flawless tracks like this, the band is ready to claim their much-deserved space on the spotlight.