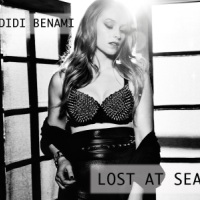 Lost At Sea is a three-track teaser of Didi Benami‘s debut album Reverie. The 27-year-old Knoxville native graces the indie scene with a pleasurable fusion of folk, soul, rock and intimate emotionalism.

There’s an air of darkness that envelopes Didi’s sound as perfectly shown in the opening track Trouble. Seconds upon pressing play and you’ll immediately be mesmerized with Didi’s rasp, ethereal voice that makes you feel like you’re in a trance or in an unending daydream. The song’s folk rock arrangement adds the much-needed ‘oomph’ to energize the song without giving up it’s staggering spacious atmosphere.

Lost at Sea follows with whimsical piano keys that gives another shade to Didi’s voice. From the earthly husky vocals in Trouble, Didi suprprises us with a pristine ballad that’s clean and precise at every note. Press play and let this song capture your heart with its magic.

Closing the album is the singer’s rendition of the hit single Terrified (Acoustic ft. Jason Reeves). Here, the songstress showcases her powerful voice that is extremely radio-polished.

Lost at Sea is a great introduction to a talented artist that can write great verses and sing them in a distinct manner. With collections like this, the future seems bright for Didi Benami.