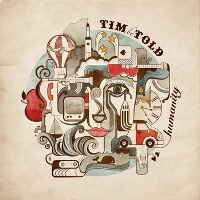 Tim Be Told exploded onto the music scene with its signature flavor of pop, rock and soul. Humanity is the Charlottesville-based band latest musical project featuring the band’s pop rock sound, which a critic from MTV Iggy described it as “a great sounding cocktail of Maroon 5 meets Jason Mraz meets Ray Charles meets Elton John.” This sampler via Noisetrade features four tracks from their latest album titled Humanity.

The three-man band of Tim Ouyan (songwriter/frontman), Andrew Chae (guitarist) and Caleb Wu (drummer) hit big after the release of their debut album, Getting By, in 2007. After that, the band went on tour and shared stage with great acts like OK GO, Parachute, Far Esat Movement, RJD2, and Hawk Nelson.

The album kicks off with opening track Humanity, a fusion of piano keys that builds slowly to an emotional rock arrangement. Tim’s clean and smooth voice is intensely refreshing to listen to, adding a layer of youthful vibe to this easily lovable track.

Investing heavily on nostalgic piano keys and ethereal soundscapes, Lament‘s sound makes you feel like you are slowly moving in a sea of bodies, floating carelessly along each passing wave. It’s wonderfully melodramatic that greatly appeals to the soul.

With so much great music available these days, you may ask, “so I would I bother to check this one out?” The answer is quite simple, the collection offers new twists to the well-loved genre with accessible soundscapes, well-penned verses, and radio-polished vocals to boost.