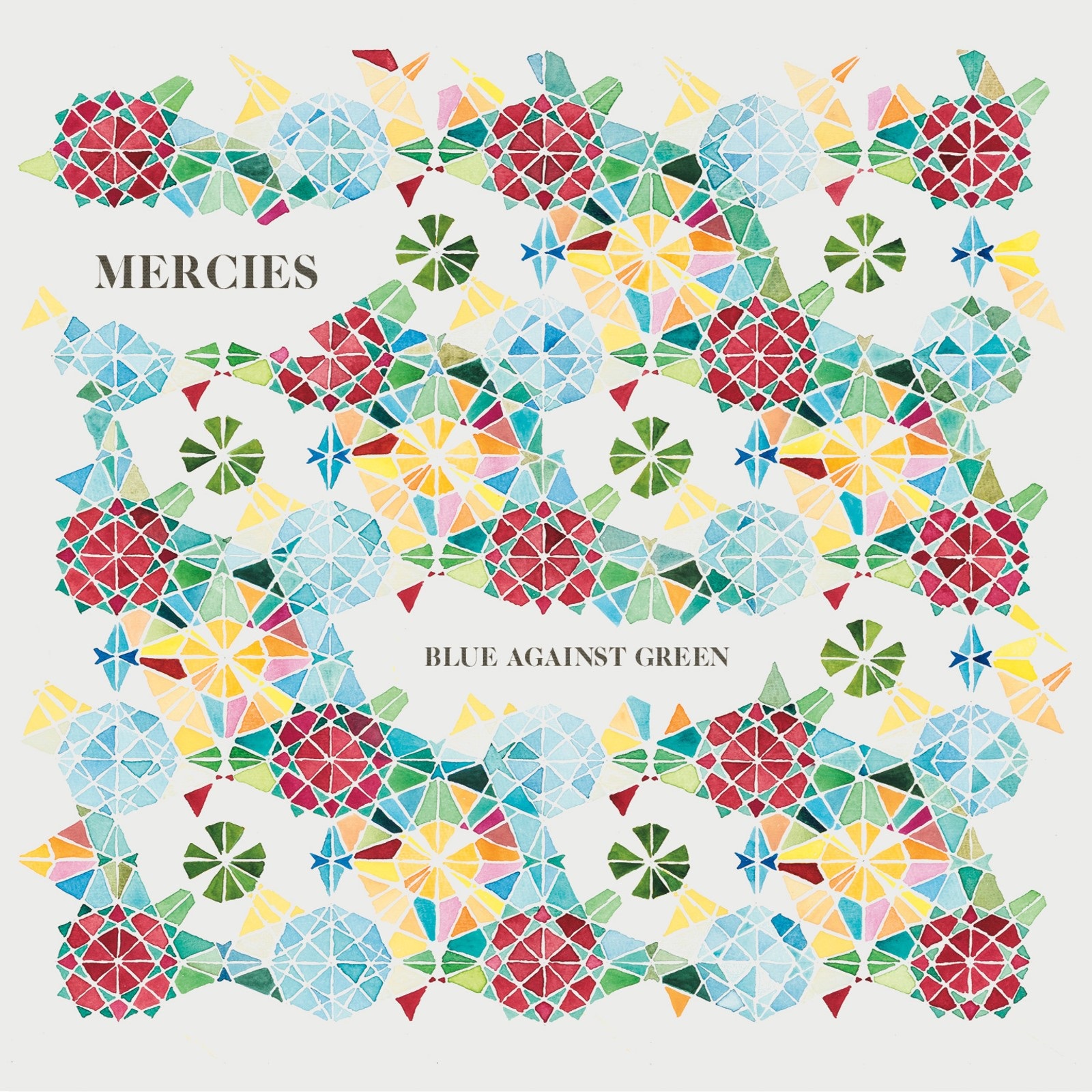 There’s no need to trek deep into the woods or fly to a tropical island to disconnect. You just need to hook up your headphones and listen to Mercies‘ latest offering, Blue Against Green.

Mercies is a band from New England but is currently located in Los Angeles, CA. It was initially formed by Josh Rheault and Sammy Dent in 2009 after the two exchanged demos. With a new space for writing and creating music in the form of Josh’s family farm in rural Connecticut, Mercies released their debut LP titled Three Thousand Days. After which, they released The Ballet EP and toured the festival circuit.

In 2013, Mercies moved to Los Angeles and signed to Randm Records. While working with producer Mike Butler, where they produced Blue Against Green. Packed with eleven well-crafted songs, this album mirrors the band’s experiences, their relocation to another city and big life changes.

Every Echo opens the album with a smooth crossover between airy guitars and well-placed beat arrangement. Dispersed and overlayed vocals envelopes the ear, giving listeners that right amount of atmospheric high.

Deep Sleeper, on the other hand, showcases Mercies’ penchant for combining subtle, almost-quite melodies to explosive, rock instruments. This signature blend treats the listener to an unexpected energy boost in every note.

Lastly, Mercies sticks to their rock indie roots with Buffalo. Listen as layers of textured guitar riffs and drums create a celebration of instruments that will make you move your feet. However, when you are at your peak of head banging, Mercies turns things around with a smooth transition of ambient, atmospheric lines.

With its little flurries of sound and surprise combination, Blue Against Green encapsulates every listener to his or her own little bubble of good music. So it doesn’t matter whether you’re at the mall, at work, or in the car, Mercies will provide you with your own little escape by just pressing play.