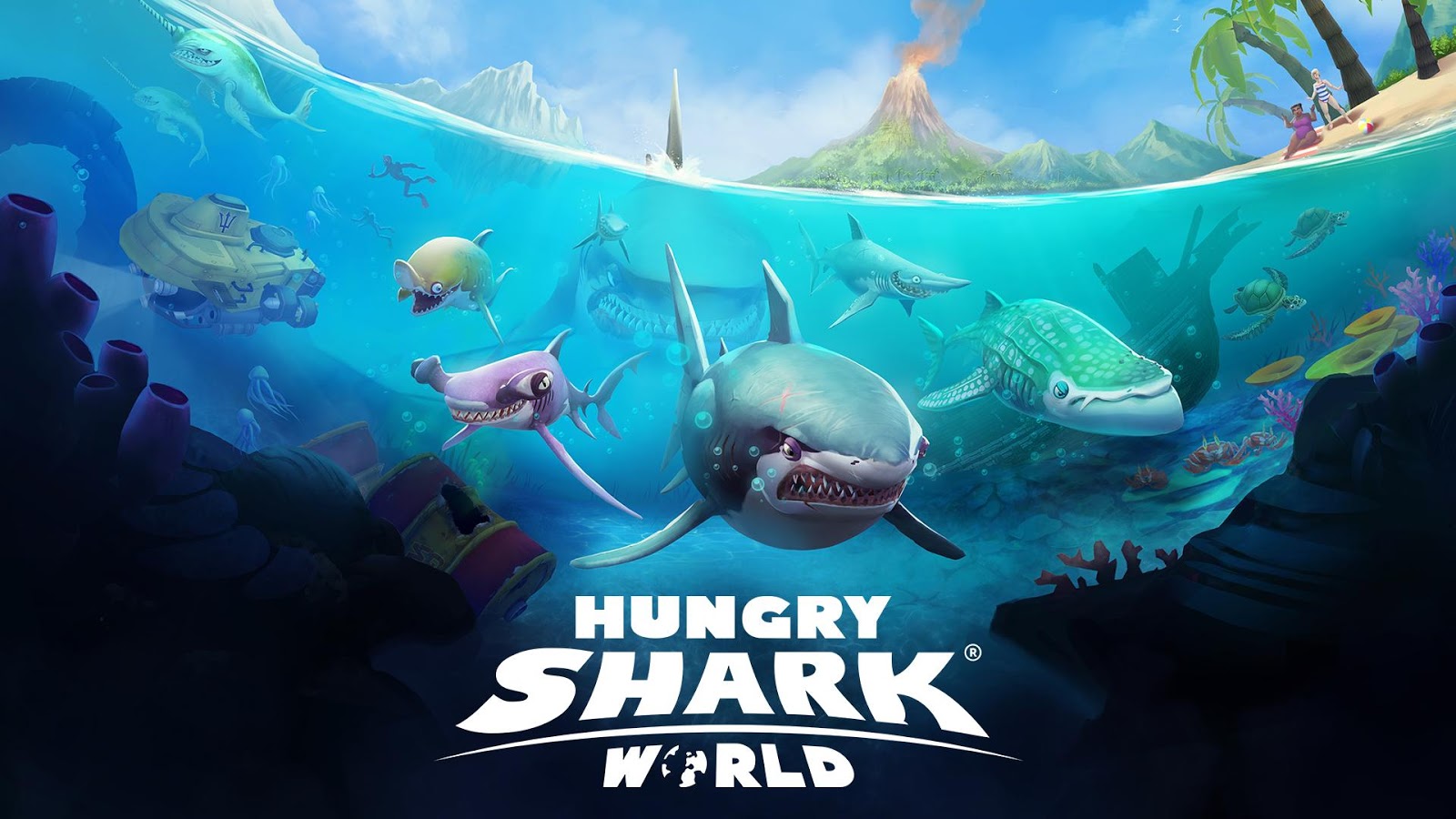 Hungry Shark World from Ubisoft is their latest title from the Hungry Shark series. If you’ve played the other Hungry Shark games before, this one will be quite familiar, but a lot of new features have been added that make for one enticing gameplay leaving the premise of the play untouched.

The controls are easy to learn: a joystick floats onscreen you use to move your shark, and a quick tap of the screen releases your booster. Basically you just eat stuff, collect coins, score points and watch your shark grow and grow. Your shark starts out as a small one, but keep feeding it and they’re going to increase in size.

Hungry Shark World comes with several shark species you can gather and grow. Each one has its own unique characteristics, styles and strengths including the Great White, Hammerhead, Mako and more. The game world is beautifully designed, and compared to the previous editions the animation is smoother and the sharks are better rendered.

Aside from eating, some missions require you to collect loot, reach a particular objective, snapping up birds that dive in the water or just going after slow moving fish. The game also comes with three new maps you can explore as well as sidekicks and pets to hang around you while pursuing prey.

Hungry Shark World doesn’t have timers, no energy bars and no limited number of lives so you can play as long as you want. If you’re a fan of the previous shark games or just want to have some fun, you will like this.