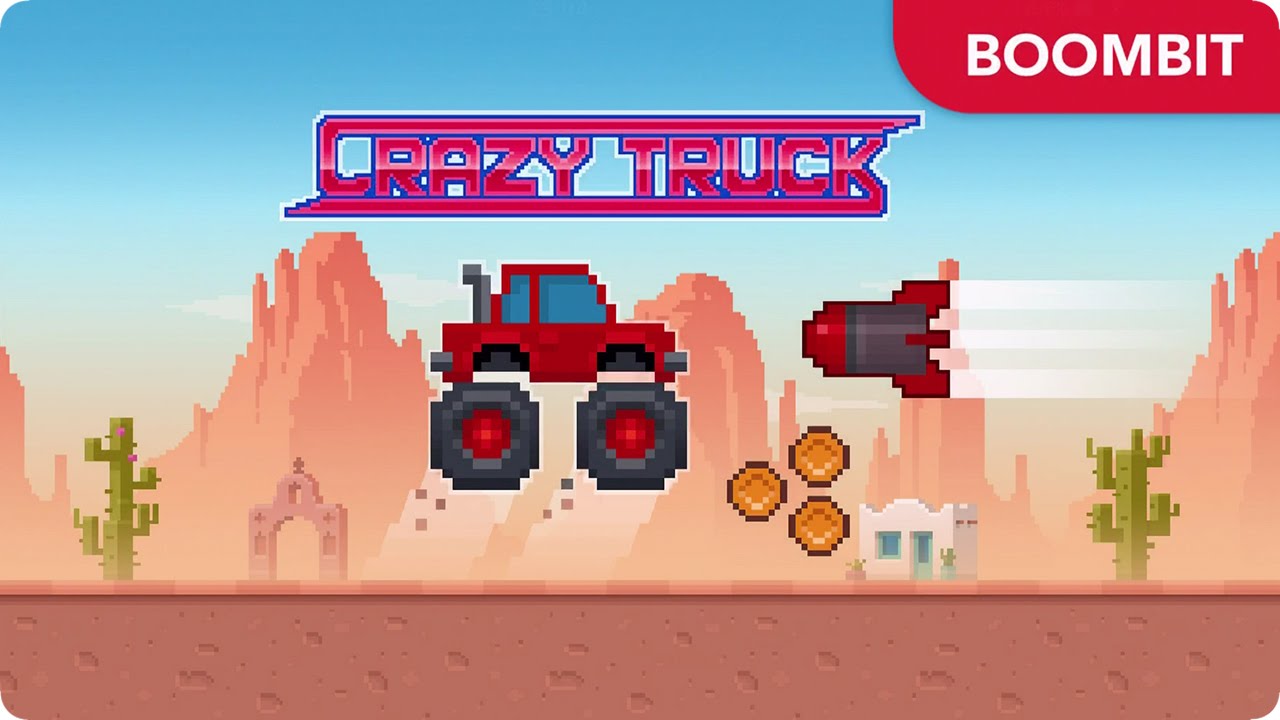 Sideways scrollers seem to be a big thing in mobile gaming, so it’s no surprise that BoomBit has come out with Crazy Truck!. You control a large truck that always seems to on the verge of floating off. You have to make sure the truck stays on the ground, and that’s where the real challenge is.

To control the truck, just tap and hold the screen. Lift your finger up and the truck floats in the air. Easy yes, but you have to watch out for the explosives, cars and other obstacles that are in your way. You can think of this game as a classic sidescroller, but instead of a human figure you’re a truck.

There are two ways to avoid the obstacles, floating your truck or just letting the truck roll on and duck them. You will also want to time your jump to get those coins. The difficult part is getting your timing right, and you won’t make it far the first few times, but eventually you’ll develop a rhythm.

As you advance in the game, you will get the chance to unlock other trucks and use them. Along with the coins, you should try and grab some of the power-ups, including a rocket that turns your truck into a tank to shoot the obstacles in your way. Even though the basic gameplay doesn’t change, the variety in the level design keeps the game fresh.

Crazy Truck lives up to its name, giving you a crazy good time on your mobile. It’s not the most intricate mobile game around, and that’s all right. If you have the urge for a little truck hopping, give Crazy Truck! a try.