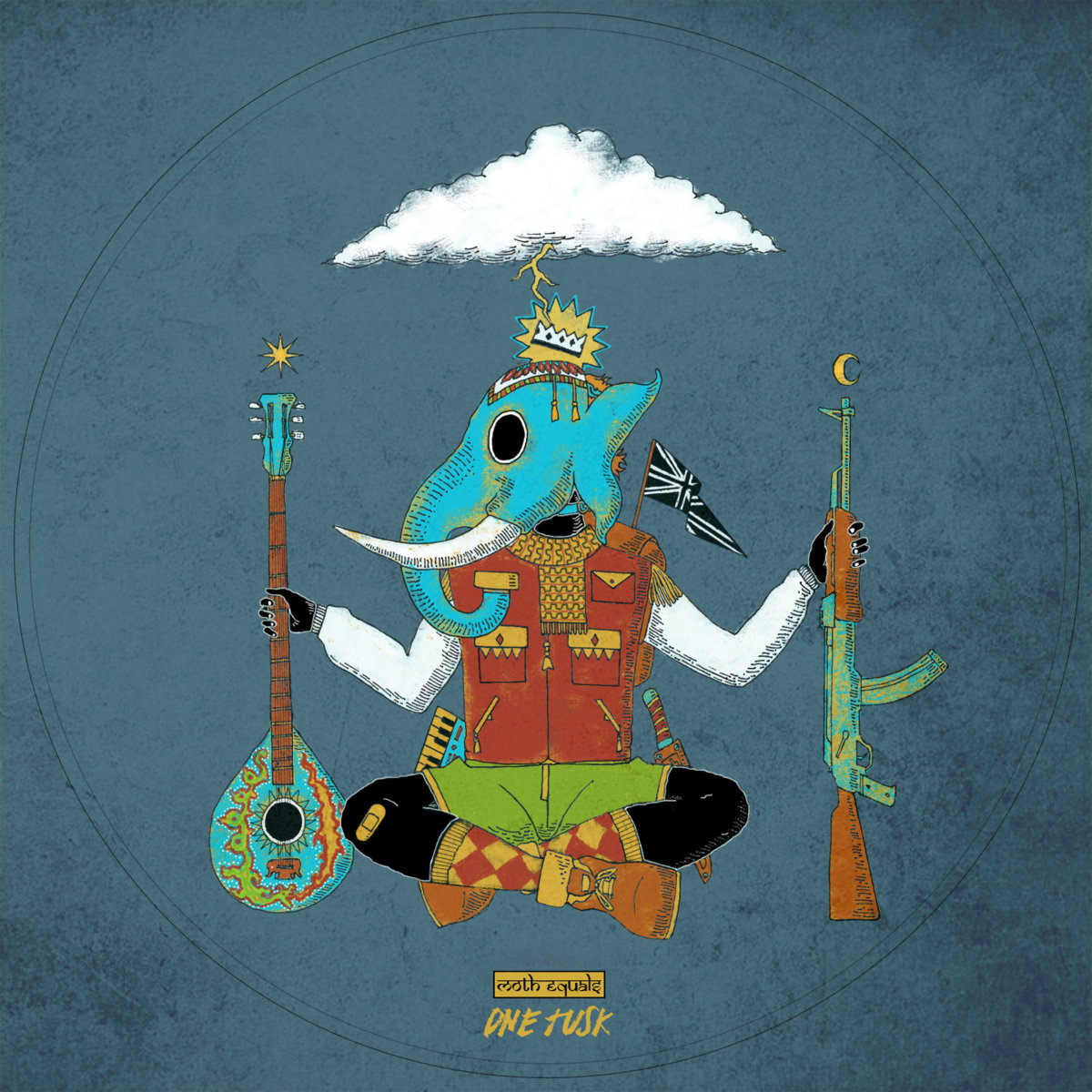 24 year old British producer, Moth Equals, started out composing music at the early age of eleven, tinkering around with sounds on his Sony Playstation. His journey since then has only been skyward, with his work often being featured on national and regional radio. On his eight-track EP, One Tusk, we see the artist at the height of his ability.

A strong feeling of nostalgia pervades the music on One Tusk throughout its length, and its easy to notice that Moth Equals has taken special care in creating this ambiance. From the wistful interludes featured on certain tracks to the damped vocal samples like the one on The Heavens Opened and Closed, each bit plays a role in the construction of Moth Equals‘ dark, moody and sentimental blend. The tracks, too, rather than being individual pieces, feel like parts of a cohesive effort to arrest and engulf us in melancholy. Moth Equals, however, makes sure to stay away from fancy transitions or pretentious synth riffs, giving us only sincere and unfiltered emotion. Fans of trip-hop and downtempo electronica will surely be pleased.