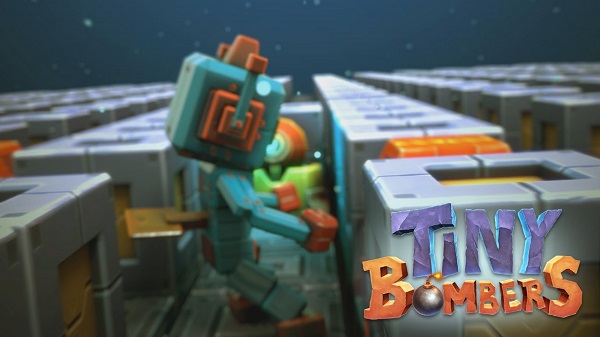 Tiny Bombers by Ahoy Games has a simple goal: run in the maze and blast your way out of it. While the gameplay is simple enough for a casual gamer, there are elements which give it a fresh look. Its easy controls and 3D landscape also do a good job of immersing and keeping you hooked.

Everything behind you s collapsing and your goal is make sure you’re several steps ahead. The real challenge here is trying to top yourself in terms of how far you can go. However there’s also a leaderboard so you can see how well you’re doing compared to other players.

As you move around the maze you’re going to come across coins, bomb boxes, armor and fire. Got yourself killed? Then use 40 coins and you’ll be back. As the game progresses and gets more challenging, you’ll want to grab the armor for protection. You can also use the fire and the bomb boxes to improve your range and speed.

You just need to tap the screen to place a bomb, and you can set several bombs at the same time for speedier play. While Tiny Bombers is similar to endless runners – with a dash of arcade style gaming thrown in – it’s more challenging since the layout changes when you make another attempt.

Even so, Tiny Bombers is still a lot of fun to play, and its consistent performance makes it worth a look for those who love arcade type mobile games and endless runner types.