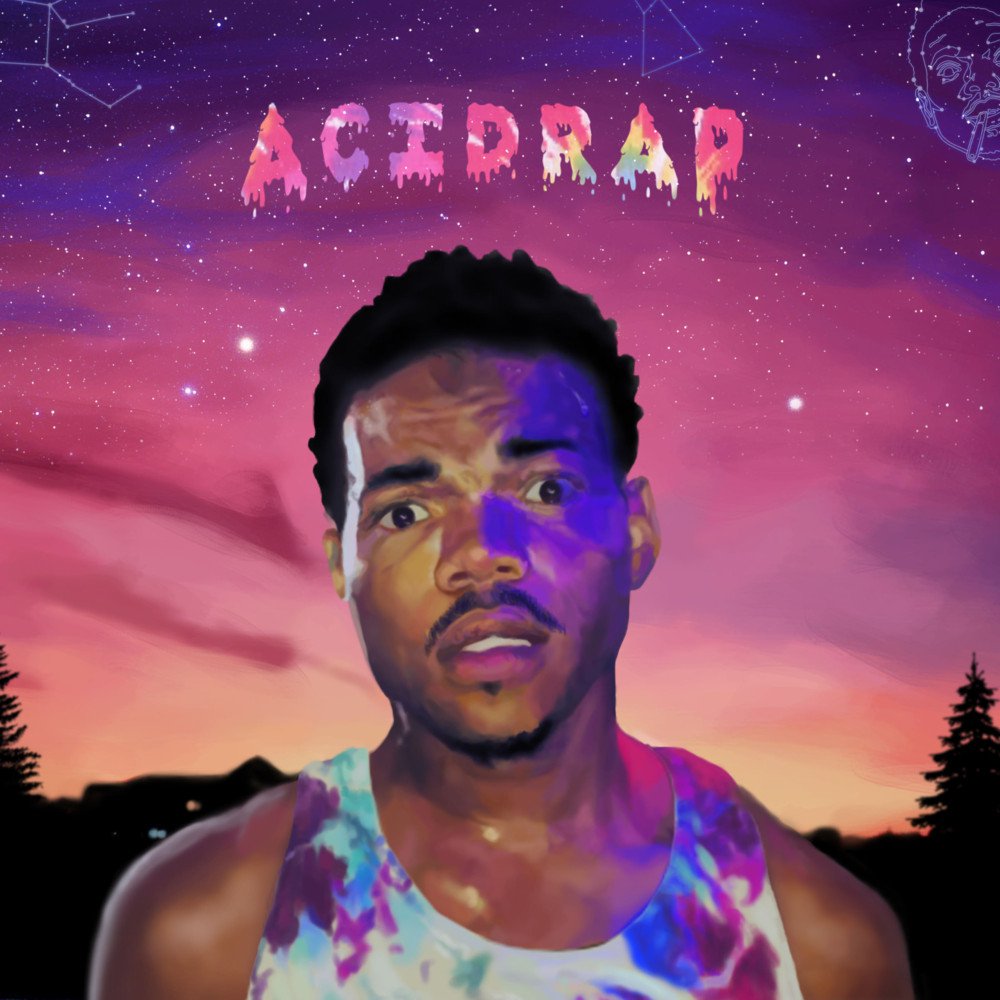 Young Chancelor Bennett’s Acid Rap mixtape, released in 2013, attracted massive attention from the rapping community, and not only in his native Chicago. The follow up to his debut, 10 Day, showcases Chance the Rapper‘s speedy development as he deals with dark topics, such as witnessing the stabbing and death of his Friend Rodney Kyles Jr. a few years ago. “I ain’t really been myself since Rod passed, I ain’t really need that shop class,” he says on “Juice“. However, Mr. Bennett’s playful and entertaining personality means the album is highly entertaining, even funny at times.

The mixtape brings plenty of guests including Childish Gambino, Vic Mensa, Action Bronson and more. “Favorite Song” is a tongue-in-cheek tune about how this should be your favorite track, which may be true for some, despite Gambino eclipsing Chance a bit. “Cocoa Butter Kisses” is one the mixtape’s definite highlights, featuring Vic Mensa as Bennett describes his mother’s dislike for his new persona as he grows up, missing her “cocoa butter kisses”.

Although the mixtape provides a somewhat uneven experience in terms of quality, it is a personal, entertaining and wholehearted attempt at making sense of Chance’s coming of age at the time. The album is also a landmark in Chance’s career, establishing him as a prominent figure in Chicago’s rap scene.