Awon & Phoniks: Knowledge of Self 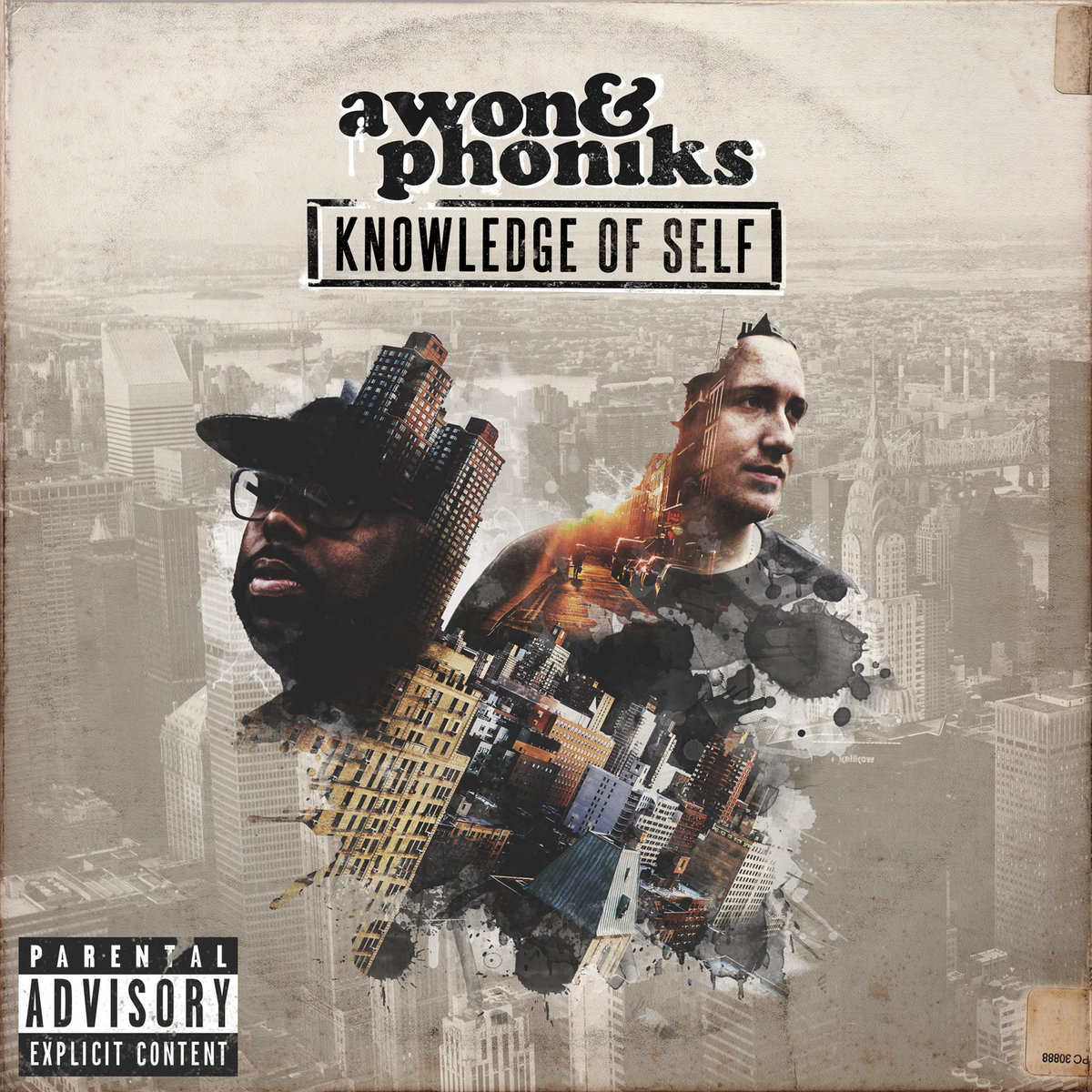 Originally released in October of 2015, Knowledge of Self is a beautifully crafted hip-op album from the duo under the names of Awon & Phoniks. The beats flow from one track to another in a masterful way while the lyrics focus on more current social climates in the country; together making it one great find. If you would like to read more about the artists, make sure to click on the Related Links located on the bottom of the post. Enjoy.

Coming over 2 years after releasing their debut album “Return to the Golden Era” in Summer of 2013, the Newport News, VA emcee and Portland, ME producer have been working diligently on their follow-up. While the debut LP was a throwback to 90’s hip-hop in every sense, with lyrics focusing on Awon’s troubled youth and tales of street grandeur, their 2nd LP sees the group maintain their signature sound while refining things both musically and lyrically. This time Awon is speaking from the present, educating youth on tracks like ‘Reflections’ and speaking on current social climates in ‘Summer Madness’ and ‘Profit Off My Pain’. He has adapted his rhymes to more relevant topics while keeping his all-natural flow groove-locked in the pocket.

The duo also capitalized on the networking opportunities their first LP provided, collaborating with a multitude of talented artists from all over the globe such as Oslo’s Ivan Ave and London’s Heeni. Phoniks shows his maturation as a producer on tracks like the trunk rattling ‘Do They Really Love You’ and ‘Be Real With It’ featuring jazzy piano chops, subtly layered samples and off-beat, un-quantized rhythms. While the debut LP was crafted with the artists in isolation, recording and emailing each other from their respective bedroom studios, “Knowledge Of Self” was made possible by traveling across the east coast and working together in state of the art recording facilities. The tracks are given a warm punch from being recorded through top notch microphones and preamps and bounced down to analog tapes. Across it’s 13-tracks, Awon & Phoniks make their best case at providing fans with one of the most well-rounded, impactful hip-hop projects of 2015. Not only have they returned to the Golden Era, but this time they have done it with a seasoned wisdom. Knowledge Reigns Supreme.