The Moose: My Pop Songs! 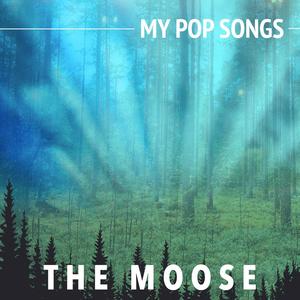 Swedish producer The Moose has become something of an internet sensation in 2017 alone by consistently putting out well-crafted electro-pop albums, satisfying an audience that continues to grow at a steady pace. My Pop Songs! is the fourth and last release of a remarkably prolific year by The Moose, preceded by three installments of his Scandinavian Sound series, which we have covered at FrostClick on previous occasions.

Aside from the music itself, you won’t find much information about The Moose on social media or anywhere else for that matter. The fact that his music has amassed this level of popularity without practically any advertising is a statement of the quality put on display in his music.

Despite releasing albums at such an alarming rate, My Pop Songs! does show a certain level of evolution in his compositions. Compared to the songs on Scandinavian Sound, this record displays a simpler, more direct style. It’s all very radio-friendly and screams ‘summer’ at every turn. This increased accessibility means compromising a bit of nuance in favor of more immediate, hard-hitting moments of satisfaction. For a pop record, that seems like an appropriate and refreshing trade-off.

Opening tracks One Republic and Mar ett provide the most melodic, low-tempo moments on the album. The former features a string section, not unlike those you’d find in a song by a world-renowned pop band, while the former has a soothing, ethereal vibe complemented by a tightly-knit percussion and excellent use of reverb. The record becomes full-on party past that point, with Uber track turning up the heat via a catchy guitar loop and the trademark drum work from The Moose. Poptrack follows with a more subdued tempo, and although it’s a solid effort, its place in the tracklisting cuts a bit of the momentum brought by the songs around it. The final four songs create a high-intensity EDM medley that ends the release on a high, sweaty note. These tracks evidence the real aim behind My Pop Songs!, straightforward, the instantly-rewarding pop delight for the masses. It should be a fine fix for a number of listeners.

Related links:
Check out The Moose on Jamendo