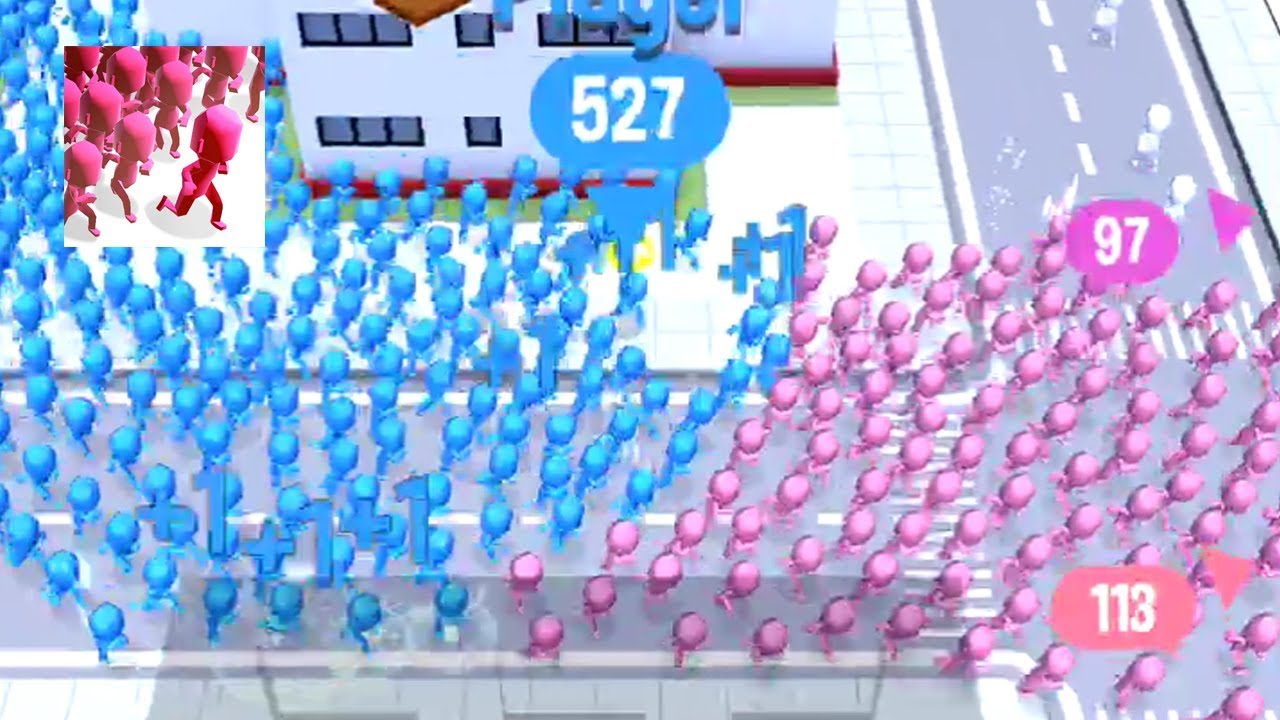 Voodoo is one of the most prolific mobile game developers and show no signs of slowing down. With Crowd City you’ve got a game wit the trademark Voodoo style, one touch controls and mechanics that anyone can get into. Crowd City has the usual elements you’d expect from Voodoo, but the objective is quite different, get the people to support you and be the biggest crowd in the street, eliminating rival groups in the process..

The premise sounds unique and it’s done in the usual Voodoo style so it’s got a casual, light feel to it. You use your finger to move your character and watch as people follow you. Walk the streets to where the people are and soon enough you’ll have throngs with you.

When you run into people, just go through them and convert as many as possible. Of course they will try to do the same to you so the key is to gather a big enough crowd before confronting others, and stay away from bigger crowds than what you have.

Strategy is required to score points and progress in Crowd City. The most obvious is to go to crowded places like arenas, sidewalks and other locations where a group of people gather.

You don’t need to have an overwhelming number to go after an opposing throng. As long as you have the advantage in numbers – no matter how small – your chances are good. The more followers you get the bigger the bonuses you receive. Crowd City is a good game and definitely worth a look.