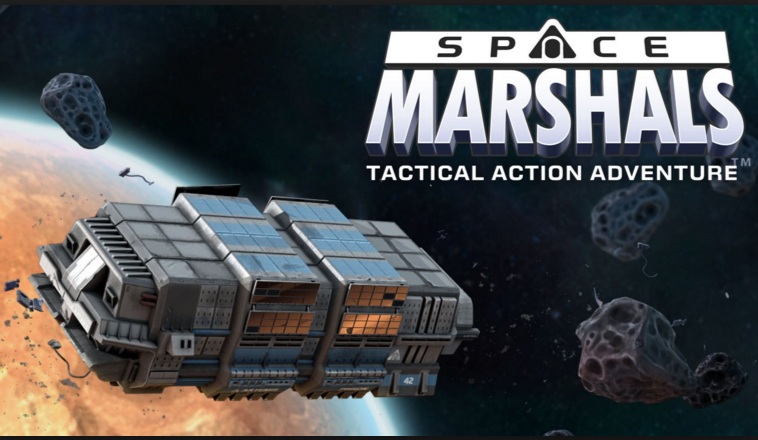 Space Marshals from Pixelbite is one of the most unique games available today, as it’s a combination of western in a futuristic setting with a pretty good story line to boot. Coupled with some really good graphics and sound effects and you have an engaging game.

The opening sequence shows a giant space ship suddenly exploding as the ship, filled with prisoners, has been ambushed and an attempted jailbreak is taking place. Your character is space marshal Burt, and it is your job to make sure that everything is restored to order by whatever means necessary.

The large mission is divided into small parts, but they’re all connected to the end goal. The first mission is basically a tutorial to get you started on the gameplay. You move your character by dragging, and dragging is also involved with the shooting and since the whole mechanism is shown during the opening sequence, you’ll figure things out in no time.

The game perspective is top down and gives you a clear view of the beautiful graphics, and the futuristic scenes are well laid out and presented. Space Marshals also has an arcade feel to it with a wide array of weapons, powerups, boosters, checkpoints and gears.

There are some puzzles you need to solve, and while it’s fun to come in with all guns firing, there are times when you have to go stealth mode. Furthermore there are special achievements to play for that makes the game even more enticing. Bottom line: Space Marshals is exciting.