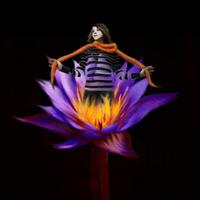 Worthy listens are: “The Unstoppable Pace of Being”, a slow ballad with a lulling acoustic riff. “Ballad of a Sad Man” is distinctly country. It’s a refreshing, albeit lonely-sounding song. “Black&White Bird”, “Lil’ Miss E”, and “Song to Paris” are also pretty nice blues tracks dominated by the piano.

The Dada Weatherman was founded by Jonathan, a 20-year old song writer based in France. He studied piano and guitar although he prefers the guitar more (as evident in the “EarthQuakes and Failed Mutation” album’s complex, lilting guitar riffs). He was eight when he learned to play notes on a toy piano. In 2002, he started playing the guitar. By 2004, he was composing his own songs which led him to start The Dada Weatherman.

In 2005, he met Clements from another band, The Wedding Track. Through Clements he got acquainted with the net label Another Record which decided to release one of his songs on their compilation, “Sweets for the Wild”, under a Creative Commons license.

The cool album cover was painted by none other than Jonathan himself, who also dabbles in art on his free time.