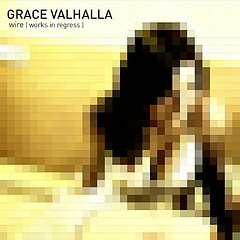 Grace Valhalla is a young, fresh female French DJ & composer. To date, she’s released four albums – “Wire” is her third one. The first of Grace Valhalla’s albums, “psychopathethic”, is more of a rock album, second entitled “PEAK~” is definitely more on the electronic side, while the third, “Wire”, is a mix between the first two, and just like the previous ones contains some melancholic and calm music. Her newest album, “summerCamp”, has more of a pop feel to it. Make sure to check out all four of them!

On of her Jamendo fans, bizun_, gave this detailed and positive review: