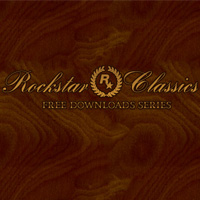 Rockstar Classics offers free downloads of its three timeless titles: Wild Metal, Grand Theft Auto and Grand Theft Auto II. All three have been optimized to run smoothly on more current PCs and are meant to give you a “nostalgic trip back in time to the early days of the Rockstar legacy.”

Rockstar started collecting name, address and email information from all who want to download the games – just so you know. We think it’s still worth it!

Volume 1: Grand Theft Auto – In 1997, a band of developers that would come to be known as Rockstar North and Rockstar Games released the original Grand Theft Auto on an unsuspecting public. The groundbreaking non-linear urban crime game shook up a complacent game industry with its irreverent gameplay, humor and style – and a phenomenon was born.

Volume 2: Wild Metal Country – This rare gem from early Rockstar history is a 3D strategic vehicular combat game set in a distant land, in which you command armed roving vehicles to disrupt dangerous automated units that have overtaken the Tehric planetary system. While it flew under the mainstream radar when it was originally released, it was critically acclaimed for its unique yet intuitive control schemes and its massive open world to explore.

Volume 3: Grand Theft Auto 2 – Respect is everything. In 1999, Rockstar Games and Rockstar North furthered the groundbreaking gameplay concepts established in the original Grand Theft Auto – with the release of GTA 2, which expanded on the top-down, open-ended crime world gameplay formula with a host of new features, including the advent of multiple rival gangs.