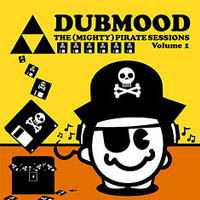 Dubmood is a crossgenre Swedish chipmusican who started creating his chiptunes on modarchive back in 1996 and “The (Mighty) Pirate Sessions Volume 1” is his first MP3 release he created entirely on an Atari.

As his MySpace bio quotes “he has been composing chipmusic for various crackgroups but residing with the infamous Razor 1911, by FBI described as the oldest software piracy ring on the internet. Since 2004 he has been performing live, both as a Electro-DJ and Chipmusic livesets, alone and in different coalitions.
Being an oldie and a style-originator in today’s chipmusic-comunity, dubmood earns not only the respect for being mentioned a vital sources of inspiration and the reason for discovering chipmusic by today’s new chipmusic-artists, but also he has also been recognised by bigger mainstream acts as a popular producer and remixer.”

He has performed over 100 times in 7 different countries in front of audiences as large as 2000 people. He says that “as long as the people you play with have the same ideas and want the same things it’s great fun”. Even though he writes all of his music, he has no formal musical background. “I guess that started when I was a kid and I had just learned to read”, he reviles. “My dad came home with an Atari1040ST one day and it just continued from then on. I guess I was six years old back then.”

Since chipmusic is not a widely popular, or even known, genre, Dubmood provided me with this very educational definition:

Chipmusic as the correct definition is music made on computers equipped with old digital soundchips wich can only produce beeps and noise and that wasn’t made to replay recorded samples. For example the SIDchip in the Commodore64, the YM2149 chip in the AtariST/Spectrum and the sounds of Nintendo 8bit consoles and Gameboys. But a wider definition of the term chipmusic is to make music using small loopable samples (like a few bytes) coming from those machines but on a more modern setup in a certain sequenser called tracker like Fasttracker, Protracker, Skaletracker or later Renoise. This is done for two reasons, to maintain the cool bleepy sound and to keep the size of the musicfiles down to a matter of 10 kilobytes to be used in small compute rapplications more or less related to the computer piracy scene.

If you happen to be in France on February 6th, be sure to see Dubmood in concert – Facteur and Dubmood have four new songs prepared for your enjoyment!