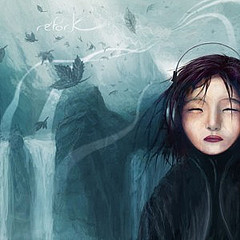 “Retork” is one of the first releases of a Portuguese netlabel called EnoughRecords. The label concentrates on promoting electronica, IDM, postrock, industrial, noise, glitch, drone and dark ambient music, but they say they don’t limit themselves to any particular genre or guideline. Their plan is “simply release soothing sounds, emerging landscapes, from Portugal, Europe, World, into the cyberspace for whomever will listen”, for free. “Retork” is a compilation album put together in response some ignorant people claiming that “netlabel artists aren’t real artists. netlabel music isn’t real music” and it featuring tracks by Mosaik, Aisth, Kilowatts, Sense, Makunouchi Bento, Duncan Avoid, Xhale, Julien Neto, Kschzt, Khonnor, Quobe, Fyzix, Sinespree and Nullsleep.

It is a great compilation to listen to when you work or just need some time to think and relax. I especially like the Aisth song “Pearis Silent Queen” for its calmness and angel-like female voice, but make sure to check out the compilation yourself before you download.