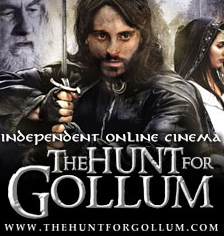 [TEDTalk] Golan Levin makes art that looks back at you

Golan Levin is an artist and an engineer. Wait, what? Artist and engineer? Isn’t it kind of an odd mix? Well, Levin realizes that and revels in the fact. The man has worked as an academic at the prestigious MIT as well as a computer technology and software engineer. Nowadays though, he spends a lot of his time as a performance artist, using his background as an engineer to fuse technology and art in his amazing work. Levin’s philosophy is pretty straightforward: art should be a way for us to discover ourselves. One way to go about it is to create art and interact with it using one’s body and voice.

This talk by Golan Levin explains the idea behind his audio-visual art and shows videos of it in action. His “Interstitial Fragment Processor” is a program that allows the user to see and even hear the “negative” shapes that he or she creates with the body. For example, making a round shape with your finger and thumb will translate as a round, falling shape on the wall that sounds like falling metal coins. “Eyecode” is a program that tracks the movements of your eyes and shows them on a screen every time you blink. “Remark” is an “interactive installation that depicts the fiction that speech casts a visible shadow”. Basically, it lets you see the shapes of the sounds and words that you produce.

Of course, the piece de resistance is the Double Taker:

“Double-Taker (Snout)” (interactive installation, 2008) deals in a whimsical manner with the themes of trans-species eye contact, gestural choreography, subjecthood, and autonomous surveillance. The project consists of an eight-foot (2.5m) long industrial robot arm, costumed to resemble an enormous inchworm or elephant’s trunk, which responds in unexpected ways to the presence and movements of people in its vicinity. Sited on a low roof above a museum entrance, and governed by a real-time machine vision algorithm, Double-Taker (Snout) orients a supersized googly-eye towards passers-by, tracking their bodies and suggesting an intelligent awareness of their activities. The goal of this kinetic system is to perform convincing “double-takes” at its visitors, in which the sculpture appears to be continually surprised by the presence of its own viewers — communicating, without words, that there is something uniquely surprising about each of us.

Levin’s art is unique; you can see the tremendous amount of thought put into it. Now, while the art itself is simple, the philosophy behind it is complex. It forces us to look at ourselves in a whole new different context – through the lifeless but animated eyes of art. Quite literally, if I do say so myself.