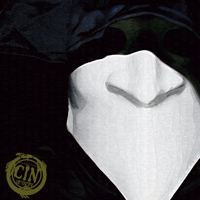 Confusion is Next is a four-person alternative rock band. The band, which takes its name from a lyric by Sonic Youth, was established in Monza, Italy in 2004, and has since created and released three albums. Their first album, “Spread the Spirit,” was released in 2005, while their second album, “Lost in Dark Days” was released in 2008. Their latest release is “The Generation of This Order” contains five new songs (in English) and album is now available for free download on their Spanish netlabel Trastienda.

Confusion is Next is made up of Matteo Radice (guitar/vocals), Lorenzo Nocerino (guitar), Giuseppe Pinnavaria AKA Pinno (bass), and Fabrizio Pontiggia AKA Bicio (drums). The band names Sonic Youth as one of its major influences. The band is influenced by the American indie-rock/grunge sound of the late 1980s and early 1990s.

The band’s influences are in full display in “The Generation of this Order.” Matteo’s rough, raspy voice is appropriately grungy and can be heard in full force in all five tracks. The first track, “Graffiti,” is my personal favorite, and it’s a radio-friendly mix of great instrumentations and a smooth, more restrained vocal by Matteo. The album, which the band describes as a “long journey thru sonic nights, white venetian masks and dark shadows,” then takes a darker, more gothic turn starting with the second track, “Leaves.” The intro sounds like a cross between Bon Jovi’s “Wanted Dead or Alive” and a matador’s entrance, if you can imagine that, and proceeds to take you to a much darker place than the first song. The rock is a little heavier, and the vocals get a little rougher. The third track, “Anemones and Elephants,” has a catchy tune, and the first sung line gives you a clue as to the tone of the song.

The vocals are even rougher than before, and there’s an awesome drum solo about halfway through the song. It feels like two different songs put together, though, as the tune seems to change drastically near the end of the track. The next song, “Lichens on the Lich Gate,” feels rather overlong with repetitive lyrics, but it’s a very moody track that goes with the gothic tone of the album. The album’s official final track, “Logora Worn,” is a headbanger’s delight, with great guitar riffs, driving drum runs, and Matteo’s ever-present vocals. Those who download the full album get a special bonus track, which you have to listen to.

Overall, the album is a good addition to any rock fan’s collection. Confusion is Next comes up with some great melodies backed up by rocking guitar riffs and good drum work. Matteo smartly holds back his vocals on some songs, then lets loose on others, which changes things up a bit. I enjoyed every track on this album, except perhaps for the last third of “Anemones and Elephants” as well as “Lichens on the Lich Gate,” though that may be a personal preference. Download the album and check it out for yourself.