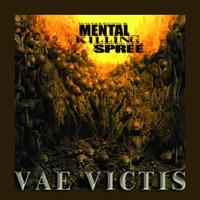 I’ve got to tell you – that thing ain’t no blues. Maybe I’m wrong, but I’ve got an impression that death metal bands avoid Creative Commons and focus more on the good old underground zine-net and gigs ways of promoting their music… Two thumbs up for Mental Killing Spree for bravery and offering their first album as a free download and under CC!


About the music. There is a quite engaging mixture of a harder side of thrash and a lighter side of death metal here. Riffs aren’t extremely melodic – it’s not Metallica, and no Amon Amarth either – but they’re melodic enough to keep a listener interested.

Even the longest composition on the record, Odd Pathos, avoids monotony though it is nearly eight minutes. Nevertheless, my favorite track here is twice shorter but as much engaging. It’s Desentized – a tune that reminds me of Suffocation or the early Slayer. All the other tracks are definitely worth checking out as well, so don’t hesitate! Become a Mental Killing Spree victim!

My only annotation is about the length of the album. It should at least two tracks longer! However, as it is Mental Killing Spree first release, I forgive and hope that the next one is much more packed.

This work is licensed under a Creative Commons Attribution-Noncommercial-No Derivative Works 3.0 Unported License and is available as a free album download from Jamendo.com.