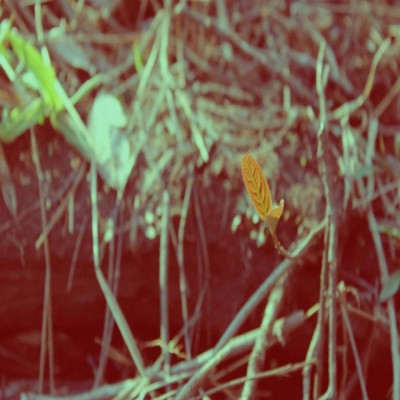 Eighteen year-old producer, Phil Fox, has compiled some of his best works and put together this cool electronic ambient compilation just for you. Filled with 8 tracks that flourish in hip hop electronic beats as well as quiet sounds, the album features great flowing cuts that imbibe a smooth and relaxing atmosphere.

Although there’s not much about him out there; on his short profile bio on SoundCloud he states that his “setup consists of Reason, my Axiom 49 controller, 2 M-Audio BX5 sound monitors, and hopefully soon, Ableton Live.” He adds that he likes creating “instrumentals, from Underground Hip-Hop, Trap, Electronic, mellow cloud-type music, and a bunch of songs I make as a joke.”

Even though he might make some of these as a joke, there’s no doubt it involves some great skill on his part. Starting off with Seabears, the track is filled with a relaxing ambient mix completed by weird twinkling sounds. Both of these coalesce to form the 1 minute opener.

Dat T-Hal Flow, follows next and it integrates a bit more hip hop into the electronic ensemble. FNKADLC continues the hip hop and retro sound while Aquarium and Mondegreen blend in a bit of trip-hop and slow vibes into the compilation. The rest of the tracks add their own flavor to the record, expanding it and adding a rich diversity. Midstreams end with Haunted House, a rather quiet single filled with piano work and deep, ominous vibe.

Overall, the album is pretty good. Each track is different and peels back the curtains on what this young producer/DJ can do. Take a listen, you might like this one.