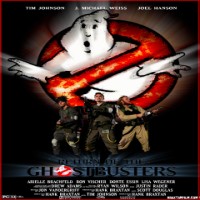 If there’s something strange in your neighborhood, who you gonna call? This might not be “the” Ghostbusters movie everybody is waiting for neither is it the best fan made one, but it certainly is a lot of fun to watch. Moreover, it is especially satisfying to those who have been waiting for so long for the actual film to get picked up.

Return of the Ghostbusters is a fan made film that follows the Denver Ghostbusters as they fight off an Egyptian apparition. Created as a sequel to the cult hit Freddy VS Ghostbusters, this movie is enjoyable to watch as long as you’re not picky about getting non-Hollywood quality productions.

The movie is the latest project for Braxtan Films and is a great teaser for hard core fans of the franchise that are readying for Ghostbusters 3 and enjoying the current video game release.

The storyline is typical and the acting isn’t exactly top par, but for a fan made film, this is definitely not bad. And trust me, once you hear that ever familiar tune in the opening, you would be smiling from ear to ear if you were ever a fan of the franchise.

Return of the Ghostbusters might not have a Hollywood budget, cast or special effects, but the movie is the perfect treat for fans who love anything Ghostbusters.