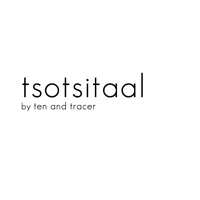 Ambient music is one of those things that people either hate or really hate, and I used to be in both those groups until an ambient-loving friend of mine sat me down to set me straight.

“You don’t have to have songs shoved down your throat,” he said. “Just close your eyes and float, and you’ll find that music is all around you.” At the time I rolled my eyes at the tree-hugginess of it all, but really I do take his point.

Most people don’t have the patience for ambient music, because we come from a world where songs are supposed to go verse-chorus-verse-chorus, and we even expect our instrumental music to feed us in that same way. So when faced with the challenges (yes, challenges) of ambient music, we kind of don’t know what to do with it – on the surface, it just seems to be fluffy sounds and noises without any real structure. We don’t see how much complexity is there, and how genius it is that a single track can be either engaging or unobtrusive, as the listener requires at any given time. We just label it as “boring” and casually dismiss it.

Don’t get me wrong, you will run across unstructured fluff here and there, and sometimes it’s difficult to separate the wheat from the chaff. Many is the sub-mediocre bedroom musician whose performance skills couldn’t quite cut it, but who still couldn’t resist the urge to make an album. “I’ll just drone out some slow, random chords and call it ambient!” he cries. I sigh in frustration, because this is exactly why ambient music has a bad name.

If you’ve been curious about what decent ambient might be like but don’t know where to start, you could certainly do a lot worse than Ten and Tracer’s Tsotsitaal. Ten and Tracer (also known as Jonathan Canupp) is a prolific electronic artist whose style has fluctuated over the years, and if you listen to his music chronologically, you can follow the evolution of his songwriting. In his music is the implication that he expects more from you than just your ears; he wants you to use your brain, as well. On the other hand, if you’re driving home after a hard day at work and thinking is the last thing you want to do, you can just let the sounds wash over you instead, as little gems of meaning come to the surface intermittently. It doesn’t have to be a constant effort on your part, unless you want it to be.

It’s a good idea to dig out your best headphones for an album like this, as good ambient music makes heavy use both of subtlety and of the stereo image. Put Tsotsitaal on while you’re doing your web browsing, and see if it doesn’t surprise you how easy it is to switch back and forth between music-as-background and music-as-foreground. Sometimes, if an album is particularly good, I’ll find that I’ve stopped reading, and that ten minutes have passed while I was just sitting there listening, engrossed in the patterns and textures in the sound. It’s almost like a different way to meditate. Check out Tsotsitaal, or any of Ten and Tracer’s varied albums, and see if you can’t find something to catch your interest.