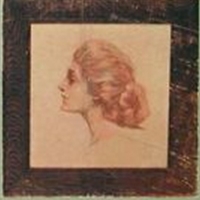 Anne of Green Gables is one of the most famous books in Canadian literature, written by Lucy Maud Montgomery and published it in 1908.

It’s a story Anne Shirley, an imaginative and chatty freckled 11-year-old girl who was mistakenly given for adoption to two unmarried siblings (Marilla and Matthew Cuthbert) who wanted to adopt a young boy to help them in their farm. In spite of Matthew’s confusion over the mistake, he grew very fond of Anne and her penchant for talking nonstop during their drive to Green Gables. Nevertheless, Marilla was determined to adopt a boy.

Anne, devastated upon learning that she was being rejected just for being a girl, did not hide her disappointment, but she didn’t lose hope, either.

On another road trip, Anne unwittingly convinced Marilla to keep her. Through her vivid imagination, incessant sharing of her thoughts and rather passionate views about practically everything under the sun, Anne has carved a space for herself in the home of Matthew and Marilla. Together, they laughed, loved, and went through trials together as a family.

Since its publication, Anne of Green Gables has been translated into 36 languages and has sold more than 50 million books worldwide.

The year after its publication, a sequel book was released, and seven more books followed to complete the series shortly before Montgomery died in 1942. The series has been adapted into film, movies made for television, stage plays, and television series.