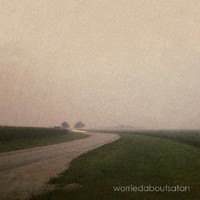 Worriedaboutsatan is Gavin Miller and Tom Ragsdale. Their first EP is self-titled but popularly labeled as EP1 by the group. It was initially released back in 2006 and is no longer in print. However, it is available for a free download under a Creative Commons license.

Describing themselves as playing “electronic music with heart and soul,” the band certainly makes this apparent in their music. With various hints of electronic, indie and post rock integrated into their songs, it’s not tough to love.

The band cites their musical influences like post rock instrumentalist Explosions in the Sky, Scottish post rock legends Mogwai and in the electronic dance area Underworld.

To date, the band has released two EPs as well as a full length debut album. EP02 came out with great positive reviews and their debut record Arrivals was released last May of 2009. The band followed it up with a remix version of this album, making it available on December last year.

Here’s my take on the band, listening to them kind of makes me sleepy, although in a good way. I find their music surprisingly relaxing. The fusion between the guitar and the electronic beats as well as the occasional voice creates a good mixture of sound. I must admit that I’m not a complete electronic/post rock music fan, but the few that I listen to included Underworld as well as Explosions in the Sky coincidentally; two of the bands that are considered as a pick for Worriedaboutsatan. Although the music is not as bass/guitar driven as I would have preferred, aka loud, it does the job of showcasing just how these guys express their heart and soul through guitars and computer wizardry.

This work is licensed under a Creative Commons Attribution-Noncommercial-No Derivative Works 2.0 Generic License.