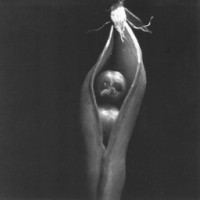 A touch of dark, industrial, melancholic and straight up rock music with a French twist. Pull My Daisy rose up from the remains of French band Lillian Gish and came to create a soundscape filled with rockish guitars, a 90s flair and easily likable tunes.

Yellow Cake & Velvet Crash is filled with dark noise rock, instrumental beats that makes you to listen from one track to the next without putting up much of a fight. It’s easily likable especially if you still dream of the days when great angry 90s rock music filled the radio.

This 9 track album was originally released under Lillian Gish, but after disbanding the remaining members decided to release it under their new name Pull My Daisy.  The entire album is an eclectic mix of style from noise rock, to hints of electronic and alternative; each track is capable of standing by itself yet blends harmoniously with the others creating a cohesive full album.

The most notable electronica influenced tracks are tense: dirty and tense:tense, of which the former features a sample of a woman that sounds like she’s being helplessly chased. It showcases that haunting and creepy feeling of a dark alley in the dead of the night.

On the other hand, of grace and favour#1 features Soundgarden era Chris Cornell– esque vocals with a tad more gruff. Norman Mailer (two things among an infinity of others) opens with a recording of a speech on Imperialism and tackles the 1492 cry against Imperialist society.

Unfortunately, suffering the same fate as their previous band, Pull My Daisy called it quits last December 2009, but you can enjoy their music by downloading it for free under a creative commons license.