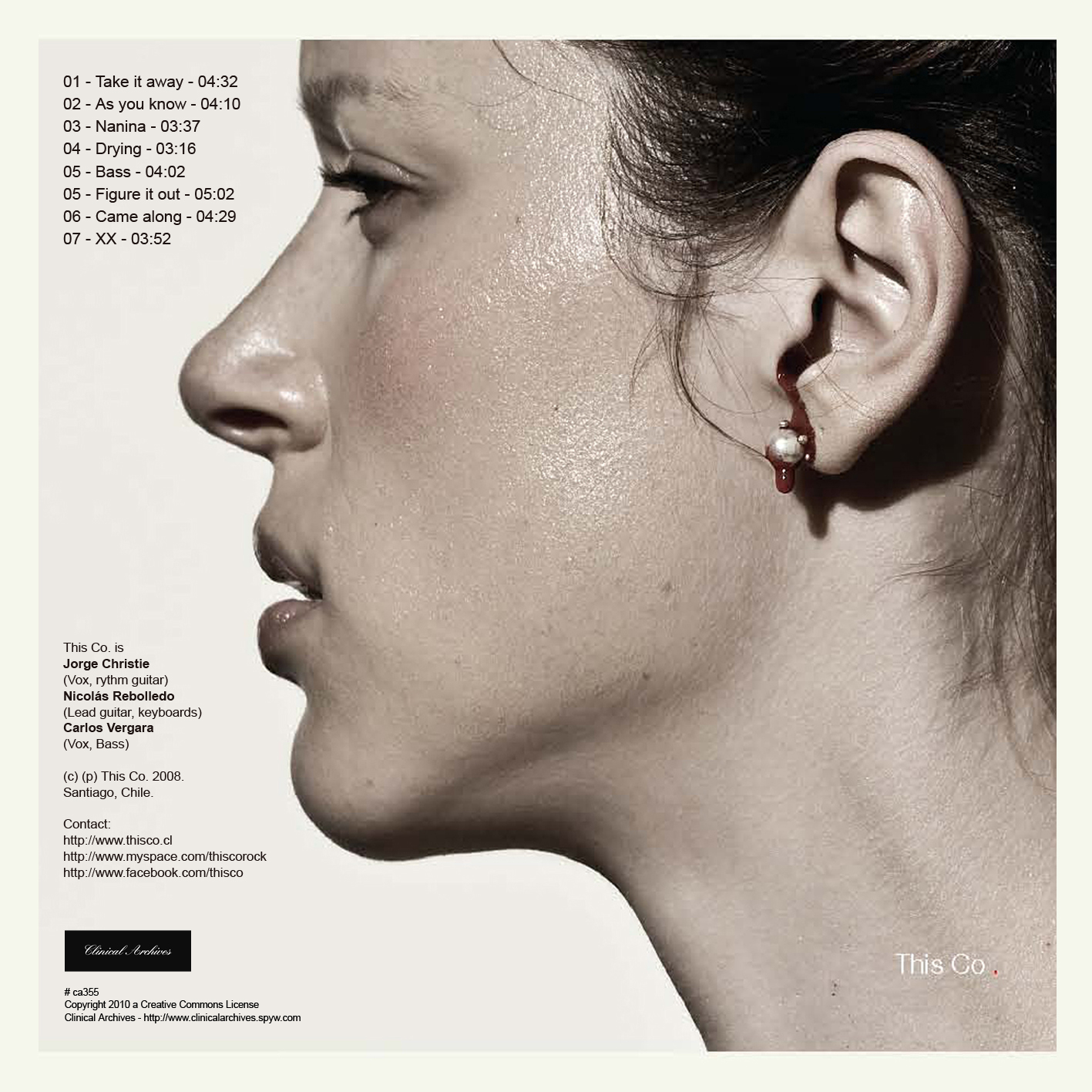 Who knew that the Chileans were such fans of the New Wave movement? This Co. describes itself as a “band that combines Post-Punk and New Wave into a hybrid between rock and electronic,” which is, in itself, an apt description of many Indie Rock groups which are around today.

The rock trio stamped their unique musical identity onto the scene in 2008 with their self-titled debut album. Not too long after, the group’s first single “As You Know” was preselected as a Top 10 most requested song on MTV.

Since then they’ve been writing more songs, and of course, touring and doing gigs, most notably in Barcelona, Weimar and Berlin in July 2009.

The primitive electronic drum samples on the faster songs add a surprising amount to the infectious sound the band is able to generate, and guitarists Jorge Christie and Nicolás Rebolledo are incredibly tight in their ensemble playing. Believe me when I say that this band is in their element when playing fast and punchy electro-rock tunes, so I’m surprised that As You Know was the group’s breakout hit, as opposed to Nanina, which is catchy, energetic, and definitely danceable: everything you need for a successful Top 40 single. This Co. snakes around between different styles throughout the album: the dense and haunting sound of Drying does not sound like it was written by a group which can rip out a hip-shaking electropop groove, yet this is exactly what they do in the immediate track Bass. Likewise, the loose, stream of conscious form of Figure It Out floats you through the air, and drops you into the synth-beats of Came Along, and we’re off dancing again. This Co. succeeds at embracing what made New Wave and 1980s Pop so brilliant without simply being ersatz Duran Duran. So if you’ve been jonesin’ for the sound of Depeche Mode or Siouxsie and the Banshees, This Co. might not be far from the plucky gothic music which you seek.