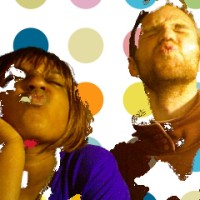 Catchy indie folk pop with solid vocals. With the artsy name, you can almost swear that this band hails from New York and no other place. Well, they are from New York, but that’s Poughkeepsie NOT Brooklyn.

This mini album from Elle Lefant is a gem and showcases how this band needs to be taken seriously even if they don’t really take themselves too seriously. Pulse has four tracks that are catchy and builds great melodies with powerful vocals.  A concoction of strings, synth beats, and various knick knacks makes this EP worth a listen.

Elle Lefant showcases their playful side, not just on the obvious wordplay in their name, but more so in their music. There’s a hodge podge of different sounds combined with really admirable vocals that makes each song unique from the other. For an EP, they exhibit their capabilities and potential. It’s hard not to wish that there were more songs, but I’m sure listeners won’t have to wait for too long.

The band is made up of Nijae which is described in their website bio as a “disheveled vocalist. lyricist. banjo player. fast food enthusiast. ebay nemesis.” The other part of the duo is Max and he is considered as a “a renaissance man, if you will. producer, choreographer, pianist. music fanatic. he holds all the keys.”

Pulse opens with Runaways, which is perhaps the most upbeat track in this four track EP. The beat is addictive and will surely send some rhythm down your feet. For their second track, No Moon, it has a slightly haunting feel thanks to the piano background. Moreover, the full vocals compliment it nicely. It feels like a long lost song that belongs to Phantom of the Opera.

Ballad of the Metronome, on the other hand, is also slightly upbeat. Their characteristic chanty choruses and refrain makes this song even more alluring. You can’t help but get stuck to the music, it’s like sticky fly paper; once you set down one foot, you’re set for life.  Postage/Hostage nicely caps the album. It integrates the elements of the previous tracks and seals the deal for the listener.

Elle Lefant is certainly a band to watch out for if indie folk pop is right up your alley. You’ll definitely enjoy this one.