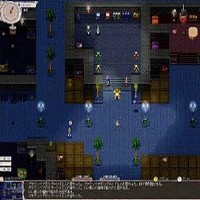 RPGs have been around for quite some time now and more role playing games are being offered online whether for free or commercially. Elona: Eternal League of Nefia is yet another RPG that you can enjoy.

It’s a Japanese game essentially, but there is an option to check for English subtitles. The game contains impressively beautiful graphics, soundtrack, and of course, gameplay.  Humor and persistence is also intertwined in the gameplay making it more fun to play. The game was developed back in summer 2006. It was inspired by different games like Angband and ADOM, hence, you get that rogue feel. However, the developers, Rfish, was aiming for a more life sim game. Hence, you get funny moments incorporated throughout the game, making it easier and more fun to play.

The graphics for the game is reminiscent of 8-bit Japanese role playing games. It features great background music and the gameplay is very engaging. Elona features several systems in place including ones for taking care of pets, the weather, night and day, and other little knick knacks that will sure surprise you.

Of course, it does have its shortcomings, for one, it’s user interface can become confusing to use. There are unusual key selections and navigation. Moreover, there is the leveled town missions which can become frustrating.