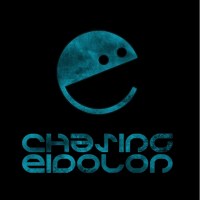 Chasing Eidolon is a bunch of lads from Canada trying their hand on alternative pop rock. Although they sound like a more power pop (boy) band, they do incorporate alternative rock elements to their music.

Initially formed in 2008, this is the group’s first album. It’s a combination of sweet, slightly emo vocals, beautiful melodies and a hint of rockish rude.

With lyrics like “it don’t matter how far you are, I’ll cross the ocean to bring you back,” it’s hard not to get cynical about this band, especially if emo power pop isn’t your taste. BUT, I suggest you hold that thought and simply listen to the songs in this album and think about what it was like when you were young, growing up and in love. Yes, you did and thought about doing stupid, crazy things too. You even wrote that cheesy poem about how you’d swim through your local lake in the dead of winter just to prove your love. Don’t deny it, we’ve all been there.

Nevertheless, I think the tracks in this album are not much different. Each cut carries a simple and honest expression of love and life that we are often too afraid to admit we feel. Okay, so I’m no love  or life guru here but that’s what I think.

This self-titled debut definitely has several really good tracks that you might want to check out. Cuts like Sunset, Puppet and the upbeat Fallen Down are some of my personal favorites. The other tracks are not bad either. They just need a bit of getting used to.

Overall, the emotional and expressive vocals work great with the lyrics as well as the melody of the songs. It’s  nice to listen to bands that aren’t afraid to just be themselves. Maybe it’s this seemingly blunt and expressive innocence that makes the album appealing but for sure this is worth checking out.