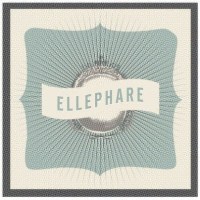 Ellphare is a indie rock band made up of Kyle Mathis – vocals, Luke Pigott – guitars, Charley Tynes – guitars and Josh Myrs on drums.
The Best Defense is a self-released EP that’s filled with 7 indie alternative rock tracks. The album contains a nice combination of fast upbeat alternative tracks and more indie, laid back cuts. The band creates songs that contain a spiritual element to it. For a debut EP, the group has successfully created a compilation that is both interesting and engaging.

In their early career, they’ve already been hailed as one of the top 10 bands in the Cornerstone Festival New Band Showcase. Take a listen to these catchy and inspiring tracks.

The more you listen to this album, the more you realize that each song reflects nothing but a positive attitude. Would I call it Christian music? I’m not sure, but majority of the group’s songs does feature quite a bit of a spiritual factor in it. Ellephare was named after a friend’s aunt’s name. They thought it sounded good and adopted it for themselves.

The Best Defense is filled with catchy beats and feel good indie alternative music. Opening with Just Start; this upbeat cut reminds me of many early-middle 2000 punk/emo/alternative groups like Taking Back Sunday and Thursday. Most of the tracks from the album typically run for 3-5 minutes with the longest one, Portrait, at almost 7 minutes. The Rangers Dart is a more mellow, pop cut with really nice vocals and sweet sounding guitars.

If there’s one thing this band has got up their sleeve, it’s a sound that’s easy to love. The melodies, vocals and instruments blend together beautifully. It’s topped off with inspiring lyrics that uplift instead of bombard you with negativity. I wouldn’t be surprised if this band does find themselves in the main stream music scene pretty soon.

Ellephare is currently recording a new album. For the meantime, download this cool EP for free here in Frostclick or head to Jamendo. It’s available under a creative commons license.