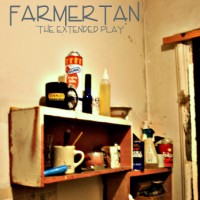 Farmertan: Brace for the Decline

These Connecticut natives are at it again. This time around, Farmertan, has brought their latest recording in tow, Brace for the Decline. Some of their previous albums include the alternative indie rock compilation, The Extended Play and the acoustic infused, The Softer Side, just to name a few.

This 8 track compilation sees the boys doing what they do best; creating indie alternative rock tracks that feature upbeat tempos and nice beats. This record, like most of their releases, are available for free download under a creative commons license.

Farmertan is made up of Paul Daddario on Vocals/Guitar; Mike Fitzgerald on Guitar/Vocals; Matt Galvin on Bass Guitar and Jim Plouffe on Drums.

Playing music since the 90s, Farmertan definitely has that 90s vibe going on. Brace for the Decline was just released back in November 28, 2010 and its already gotten several downloads on Jamendo. Like much of their previous releases, this one contains pretty much the same elements. The rockish guitar riffs, upbeat tempo and somewhat hazy gruff vocals are all elements that you can find in the band’s songs. Although I must admit that not everything in here is a gem, there are several tracks in this compilation worth checking out.

The pop rock track, Fall, is one of the more enjoyable cuts in the record. The vocal recording could have been improved but there is potential in the track. It has a catchy chorus that sticks after you listen to it a couple of times, plus it has that registered 90s sound more than any track here. Another cool cut to check out is the title track  Brace for the Deadline. This one reminds me of a lazy Saturday morning walking around your neighborhood and checking out what your friends are doing.

This one’s not going to break any records, but you’ll find several tracks worth checking out. So why not relax and enjoy a bit of 90s alternative pop rock with Farmertan.