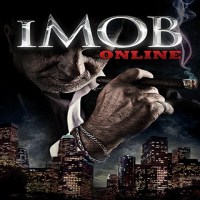 Love Mafia Wars in Facebook? If you answered ‘yes’, then you’ll adore iMob Online. This massive multi-player online role playing game has gained a steady and solid fan base thanks to its addictive gameplay.

iMob can be played on both the iPhone and iPod Touch. It’s one of the first ever MMORPG offered in the device. Hence, the game paved the way for other similar games which allow interaction between players, to actually push through. However, since its release; it has constantly remained near the top of the online RPG crowd for both the iPhone and iTouch.

Like most mob games, you won’t be starting out as “The Godfather” right away. In fact, you start off as being the lowest in rank; a common street thug. You’ll then have to slowly but surely make it to the top. In the game, you’ll need to complete criminal missions to earn money and experience. In turn, you’ll be using the money to buy weapons, tools and invest in property. The last one is your biggest source of income so it’s important that you gain enough points and dough, then work on getting the prestige as well.

What’s cool about this game is that you won’t be playing against bots but other people as well. iMob is popular not just for its addictive gameplay but also for the social networking setup that it incorporates in the system.  Pretty much, you would need to “befriend” fellow players in order to access most higher level mission. You won’t need to actually play with them all the time but the game does require you to send off little messages from time to time.

Every player gets an iMob Online Friend Code which other players can go ahead and use. Players also have the option to purchase iMob Online Respect Points from the App Store. These respect points are essential if you truly want to rise up the ranks in the game. Grab this title and see how far you can go.