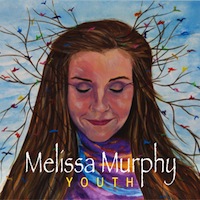 Melissa Murphy’s singing can be anything but lackluster and tedious. With her versatile and powerful voice, she can reach the highest notes of a ballad and spice up a contemporary song.

Having admitted that she has been an avid writer since early age, her passion is to share what she writes through her songs. Being a singer songwriter, indubitably, all of her songs are very intimate and close to her heart.

Youth EP was freshly released on June 2013. Melissa is accompanied by Kate MacLean on drums, Dave Haskett on Bass, Thiago Souza on Piano/Rhodes, and
Rob McLaren on Guitars.

Her vocal prowess combined with the marvelous reverberations of the instruments make a melody that pushes you over the edge of the highest peak, making you feel the zephyr while listening to the fresh sound of her voice.

The talented artist played with her singing versatility in Youth. Exuding a harmony that sounds like Adele, she made the song even better by bringing it into a shifting tempo. Starting the song with a slow and absorbing tune, she finished off with a more upbeat tempo while showcasing the pitch of her voice at the end.

Laced up with playful strings and a pocketful of sunshine, Far Away From Me vibrates in our ears with quirky, sweet melodies. Abruptly shifting moods, Where Did You Go closes the album with a heartbreaking ballad. You can feel her deep emotions from the moment she sang the first stanza. Her voice showed power and authority as it was amplified over the end.

With her full-blown talent, this Toronto-based performer will surely leave everyone humming the chorus of her song right after her performance.