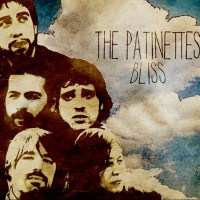 Playing a mix of country, folk, rock and a bit of pop, The Patinettes certainly know how to reel listeners in. With their brand of music, this five piece crew from Zaragoza, Spain are slowly making the rounds and getting their name known among internet music lovers.

Although there’s not much about the band online, just one listen to their songs and you’ll realize why they deserve a spot on your player. Filled with retro surf rock flair, beautiful vocals and a catchy bluegrass/country vibe; it’s hard not fall for the album.

The band is offering their record for free download over at Jamendo. It’s licensed under a Creative Commons.

There are some albums that take a few listens before you pronounce it as a good or even likable but Bliss is a real charmer. From the first 5 seconds of the Mystic Monkey, you’ll know that this is a record that can potentially stay on your daily playlist for awhile. The opening single and title track is an upbeat retro style song that recalls the swingin’ 50s. With the sultry yet powerful vocals and the catchy beat, it’s hard not to like the song at all.

This bouncy sound shows up once in awhile in the album. Carefully balancing their sound, the band creates several tracks exuding that retro surf rock dance vibe while the other songs showcase a more mellow, sugary pop sound. For instance, tracks like Brainless and Thinner Than Water both shower you with great vocals and an upbeat rockish tempo while songs like Milky Day clearly showcases the band’s melodic folk side.

Bliss is definitely a charming compilation that almost anybody can enjoy. It has a little bit of everything to satisfy different types of music lovers out there.