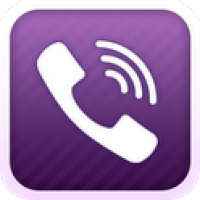 Love the Skype experience, but something still feels amiss? Well, the only possible solution for Android and iPhone users out there is Viber. This particular app allows all Viber users to make free calls and texts without any incurring charges. Wow, this is greatness in times of recession.

Developed by Viber Media Inc., the developers had first launched the app for the iPhone and have recently rolled it out for Android. So now free calls are not only limited to just iPhone users, but the magic has become cross-platform and a pure treat.

The communication between two Viber users takes place over Wi-Fi/3G and is absolutely free without any in-app purchases. Viber uses the latest voice communication technology and encryption for the best quality sound-output compared to GSM or WCDMA phone calls. Users need not have to enter passwords, usernames, sign in, sign up. Its a clutter free approach to communication.

The area where Viber scores the winning goal is the integration of contact list. Unlike Skype, Windows Live and Fring, Viber users need not add individual contacts according to email ids and usernames. The phone number is the default id for all users. So, just fire up the app, enter the verification code sent via text and then the app traces the contact list, and automatically adds all Viber users. Its a simple walk-in-the-park.

Overall, the Viber app is great and has become much better due to its availability on the Android platform. The developers are very swift with updates and soon will bring the app to Blackberry users as well. A thumb-up on that count. So, all users who get a bit crunched out due to the phone bills, Viber is the way to go.