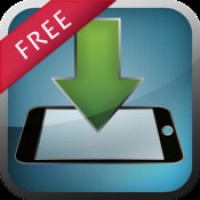 iOS is one of the most versatile smartphone ecosystems, but the entire Apple restriction scene bogs it down for advanced users. Thankfully there are third-party apps such as iDownload PLUS, a free download manager for iOS developed by AppFactor and said to be one of the most powerful and swiftest download managers on the App Store.

iDownload PLUS removes the restrictions on the number of download files at one time. This is a major plus point for all iOS users on an unlimited data plan.

iDownload PLUS gives users the option to download files, images, texts directly from the Safari browser. Also, a great addition is the ability to share links, texts, images on Facebook, Twitter, Tumblr, MySpace with just a tap. Version 1.3.8 also adds the ability to share via SMS feature.

iDownload PLUS adds a plethora of in-app options and is great for people who work on-the-go. So, users can now view documents in Microsoft Word, Excel, Power-point, txt, htm, html, rtf file formats. Users cannot edit them, but surely can view them anytime. Also iDownload PLUS supports unzipping of RAR and ZIP files on the device itself and that is quite a neat feature. The app also adds a Live-Download bar with information on file size, download speed, and progress bar.

Audio and Video player also got some slick additions. Video in .mp4, .m4v, and .mov formats can be directly played on the device and there is the added functionality for TV-out display. In addition, users can now save album-art associated with mp3 files to the photo gallery all while having the option of adding their own custom image. A feature common to both audio and video is scrubbing, with upto 42x speed in landscape mode and upto 28x speed in portrait mode.

The app speeds up the entire download process and manages it quite well, including an option to pause, cancel and resume download at any point of time without a hiccup.

iDownload Plus adds a multitude of functions to the device. My personal favorite is the Passcode lock feature which locks the app with a password, even when the app is in active state. Multitasking support is a relief and not only do downloads run in the background, audio can also be played and controlled when the app runs in the background.

Overall, iDownload PLUS is a great app and a must have for every iOS device owner who hates restrictions. The amount of options really nails the developers statement that the app itself is the best download manger out there. The app also has a paid version at an offer price of $1.99 (original price is $4.99), but there is no mentioned difference or added functionality between the two.