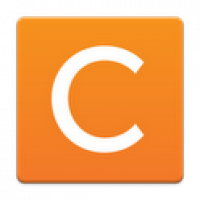 This one is for the serious business users or people who are a bit too obsessed with lists and locations. Catch is an app that packs-in a great punch and does its job really well. The app helps in capturing of ideas, picture-notes, jotting down written notes, attaching reminders and the likes with the ability to sync to the cloud and being available whenever and wherever.

Created by Catch.com, a Top Developer on the Android Market, the app is well executed and on many instances it does come at par with Evernote, if not surpass it.

The app has been updated and has introduced a new feature called Streams. Under this, users get the option to keep all their data private or share and collaborate with others. Moreover, the app provides the users with three free streams to get started with and easily enables to invite and manage contributors.

The app takes a plethora of cues from the Evernote app, but still somewhere down the line holds its own firm ground. Evernote, for example, facilitates the access of notes in a jiffy with the inclusion of a dashboard on smaller devices, allows for the addition of text, voice recordings and multiple images to any note. In Catch app all of those notes are synced in the cloud and then made available on any Android and iOS device.

The Free version allows users to save files and use them for future reference. It also has a premium version up for offer called Catch Pro, with the availability of 10 streams and upload of 1GB of content each month. Catch Premier validates 50 streams and 5GB of new content every month. A fairly moderate user can easily get through with the free Catch version, but the heavy-duty professionals could advance to the paid versions.

Overall, the app is great and really does match up to Evernote on many counts; surpassing it with its slick user-interface which seems more appealing than that of its rival. So now it all comes down to personal choice for the user. Available on both Android & iOS, Catch is the app to have for memory gatherers.